Fajardo is Athlete of the Year 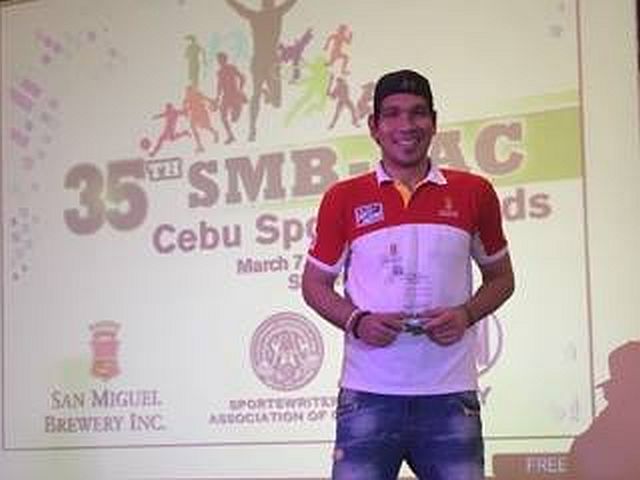 Cebuano PBA player June Mar Fajardo is all smiles after receiving his Athlete of the Year award in the 35th SMB-SAC Sports Awards yesterday at the SM City-Cebu.

Who is the most dominant basketball player in the country today?

Ask this question to any Pinoy hoop fan and you will surely get this answer: June Mar Fajardo.

A 6-foot-10 behemoth who can move around the paint with ease owing to his impeccable footwork and can also terrorize defenders in the perimeter with his deft shooting touch, the pride of Pinamungajan town, Cebu, has been winning one award after another in what is shaping up to be a stellar career in the Philippine Basketball Association (PBA).

Yesterday, Fajardo added another hardware to his growing collection after he was named Athlete of the Year in the 35th San Miguel Brewery-Sportswriters Association of Cebu (SMB-SAC) Sports Awards at SM City-Cebu.

SAC handed the prestigious award to Fajardo as the San Miguel Beer center has been so dominant that he is so close to tying a league-record that many thought would never be matched, much more surpassed.

Actually, Fajardo, a former University of Cebu (UC) stalwart, has already made history last year when he pocketed his third straight Most Valuable Player (MVP) award.

Fajardo is just one MVP shy of tying PBA greats Ramon “El Presidente” Fernandez and Alvin Patrimonio, who own the most number of MVP accolades with four apiece.

And from the looks of it, Fajardo is poised to surpassing Fernandez’s and Patrimonio’s achievements as the soft-spoken slotman had another productive showing in the Beermen’s title run in the recently concluded PBA Philippine Cup. 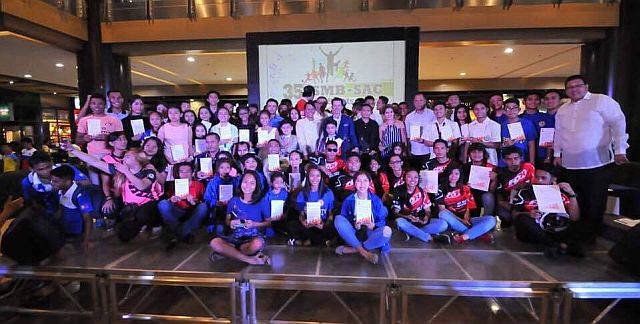 In the tournament that saw San Miguel bag its third straight All-Filipino title and 23rd overall by beating sister-team Barangay Ginebra in their best-of-seven title series, 4-1, Fajardo clinched his fifth Best Player of the Conference (BPC) award that enabled him to automatically qualify to the season’s MVP derby.

It was Fajardo’s fifth BPC award in the last 10 conferences. He tied former Beerman Danny Ildefonso for the most BPOC awards won, but the latter did it while playing for 17 years in the league.

Fajardo is just starting his fifth season after being selected by San Miguel as the number one overall pick in the 2012 Rookie Draft.

In his MVP run last year, Fajardo helped the Beermen complete a historic feat in the Philippine Cup.

Fajardo had a solid showing in the elimination round and in the early part of the playoffs but would suffer a knee injury in San Miguel’s semifinal series against the Rain or Shine Elasto Painters.

The Beermen went on to advance to the Finals opposite the Alaska Aces, but Fajardo sat out the first four games of the best-of-seven series.

Alaska exploited Fajardo’s absence and jumped to what looked like an insurmountable 3-0 lead.

San Miguel would gain a new lease on life when it took Game 4 to cut the series deficit to 1-3.

In a surprising turn of events, Fajardo boosted the morale of his teammates when he returned in Game 5 with his right knee heavily wrapped.

With Fajardo in tow, the Beermen rediscovered their deadly form and went on to steal the crown, making them the first team in the league history to come back from a 0-3 series deficit.

San Miguel came up with another championship finish last Sunday and with Fajardo around, expect the Beermen to reap more titles.

Barring major injuries, Fajardo is predicted to dominate the league for years to come as he won’t turn 28 until November 17.

As young as he is, Fajardo has already snagged four championship titles, four MVP and five BPOC awards, proving that in the cut-throat sport of basketball, height is indeed might./POOLED REPORT