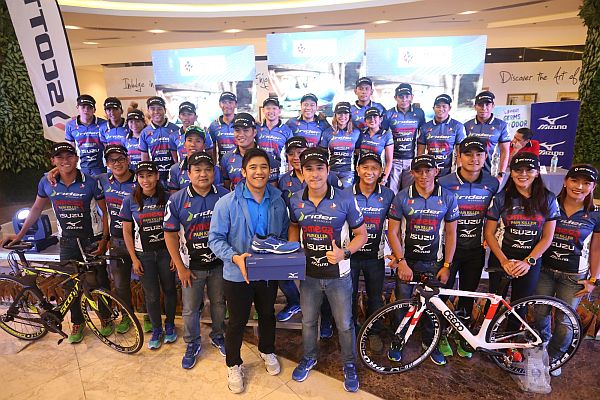 THE CEBU-BASED Rider Omega Pro Tri Team beefed up its roster with the addition of two multi-titled triathletes.

Hodges is based in the US and formerly donned the Ford Forza Tri Team jersey while Borling is a champion age grouper coming from Team Herbalife.

Hodges will be coming to Cebu soon to train with the team as she prepares for the IronMan World Championships in Kona, Hawaii later this year. Borling will compete for the Rider Omega in the upcoming Xterra Danao on April 23.

Also launched yesterday was the team’s training program dubbed the Omega Endurance Camp, which aims to hone the skills of aspiring triathletes in Cebu. It will be handled by Ironman certified coach Franz Baguio.

“Five years ago, when we started this team, we wanted to start something new and something big. Last year, we bagged the overall title of the team competition in the Tri United Series. So for 2017, we want to achieve more and one way to make that happen is to establish a grassroots-based program which we call the Endurance Camp and we hired two more triathletes who have the talent to carry the team’s name in big races,” said team manager and celebrity Paul Jake Castillo.

According to the team’s marketing manager Tonyson Luther Lee, the camp will prioritize the less fortunate triathletes. He said they are willing to support aspiring triathletes until their first official race.

Also present during the launching was team captain Frederick Castañeda. Edward Hayco, the chairman of the Cebu City Sports Commission (CCSC), graced the launching along with the team’s newest sponsor, Mizuno, which was represented by its marketing manager Mikey Regala. Pro-Lite Wheels sales manager Sam Chau and Isuzu Cebu’s Operations Head Ritchie Bescallar completed the cast during the launching.