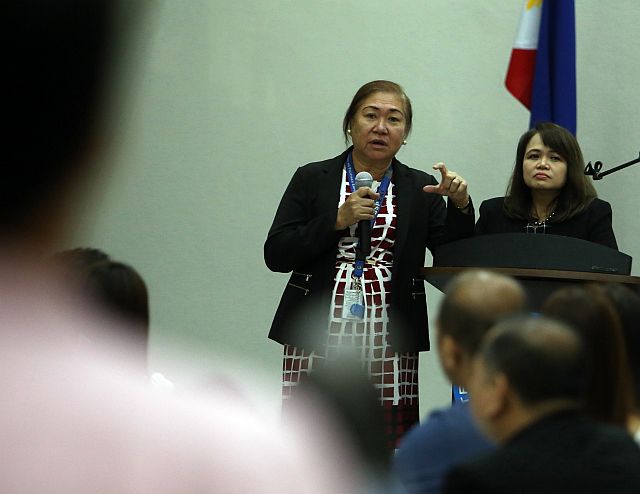 BSP: Creating bank accounts for conditional cash transfer program beneficiaries may be it

The Bangko Sentral ng Pilipinas (BSP) sees the potential of tapping the unbanked members of the country’s marginalized sector in a bid to strengthen efforts on financial inclusion.

Lawyer Leonides Sumbi, regional director of the BSP Cebu regional office, said the huge volume of beneficiaries enrolled in the social welfare department’s Conditional Cash Transfer (CCT) program could be a way to address financial gaps in the country.

“This is a chance for us to widen our advocacies on financial inclusion and a chance for the marginalized sector to have their own bank accounts,” she said during a forum on the 2014 Consumer Finance Survey (CFS) on Tuesday.

The 2014 CFS is a nationwide quadrennial survey on consumer finances covering 18,000 Filipino households across the country.

According to the survey, only 14 percent of nationwide respondents said they had a bank account while it was lower in Central Visayas at 13.1 percent.

Sumbi said it was “a shame” that the Philippines was known as the fastest growing economy and yet it had this kind of banking penetration rate.

She said that instead of having banks only as conduits for CCT transactions, these institutions can have deposit accounts opened for the beneficiaries as well.

There are around 192,000 CCT beneficiaries in Central Visayas alone, according to the Department of Social Welfare and Development (DSWD).

Under the program, poor beneficiaries receive P300 to P5,000 every two months from the national government as subsidy.

Each beneficiary has a cash card which they can use to withdraw financial assistance from banks used as conduits by the national government.

While most of the beneficiaries receive their pay-outs from the Landbank of the Philippines, others depend on rural banks and other cooperatives, among others.

In the current set-up, the beneficiaries’ accounts only allow them to withdraw from and not deposit money to banks.

Sumbi said that having deposit accounts opened for these beneficiaries as part of the program not only decreases the existing financial gap, but also helps the marginalized sector set aside savings.

However, she also recognized the fact that many poor families don’t have bank accounts to save money in because they barely have enough funds to even last them a day.

The director said she will have to bring this idea up to top management of the BSP and see what can be done to make this a reality.

Rey Maximo Eleccion, past president of the Cebu Bankers Club, welcomed this initiative as it is their goal to tap the unbanked sector.

BPI, where he works as relationship manager at its Cebu-Capitol branch, offers a product to families that gives them an option to open a bank account that requires a maintaining balance of as low as P200.

The BSP has called for strengthened financial inclusion efforts by both government and private sector in response to the survey results.

“There has to be more effort from the BSP and banking institutions to encourage more households to save in banks,” said Rosabel Guerrero, director of BSP’s department of economic statistics.

She said there was also a need to expand government retirement insurance programs and policies to cover the self-employed, workers in micro, small, and medium-sized enterprises and private households, as well as homemakers.

The 2014 CFS showed that only 24.2 percent of the respondents are covered by a retirement or insurance plan.

Only 1.5 percent of households in the Philippines own credit cards, which was lower in Central Visayas at 1.3 percent.