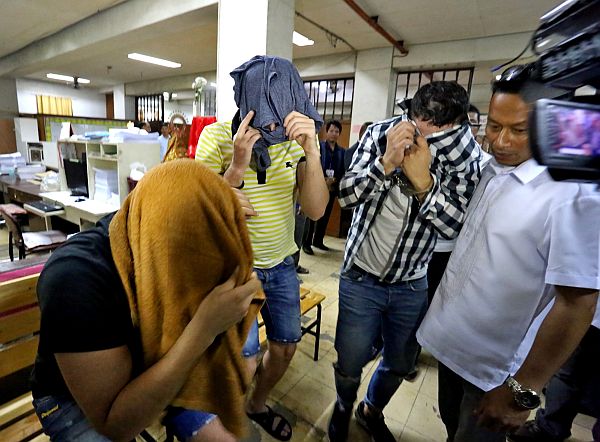 A non-bailable case was filed in court, on Thursday, against the three Romanian nationals who were tagged in the series of unauthorized automated teller machine (ATM) withdrawals in Cebu.

The Cebu City Prosecutor’s Office found sufficient basis to indict Ionut Mitrache, Ion Costel, and Stancu Razvan Aurelian on charges of theft in relation to Republic Act 10175 or the Cybercrime Prevention Act of 2012.

Since the offense carries a penalty of reclusion perpetua of up to 40 years of imprisonment, the case is non-bailable, said Cebu City Prosecutor Liceria Lofranco-Rabillas.

The three accused were also indicted for violating Republic Act 8484 or the Access Devices Regulation Act.

While theft is bailable, Prosecutor Ma. Theresa Casiño, the handling prosecutor, said the offense is deemed severe if done with the use of skimming devices.

Under RA 10175, the use of skimming devices is non-bailable.

Based on National Bureau of Investigation (NBI) records, at least 50 depositors claimed to be victims of unauthorized ATM withdrawals in Cebu.

Last March 17, Mitrcahe, Costel, and Stancu were arrested by agents of NBI-7 after their facial features matched those of the suspects who installed skimming devices at the ATMs of Land Bank of the Philippines.

The NBI was able to get a copy of the footage of the closed-circuit television (CCTV) cameras installed near at least three ATMs of Landbank in the cities of Cebu, Mandaue, and Lapu-Lapu.

Records of the Land Transportation Office traced the vehicle to the Cebu City condominium where the suspects were staying.

Also recovered was a polo shirt which appeared to be the same clothing worn by one of the skimmers as captured by the CCTV.