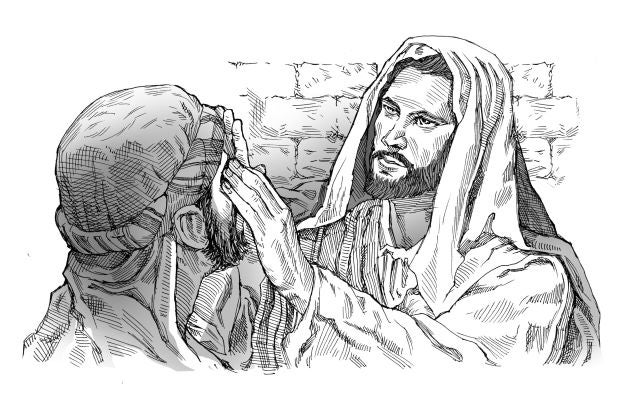 On the way to the parking area at the basement of a mall, I would notice people sitting outside a room. They seemed to be waiting. One day, my curiosity at last getting the better of me, I looked in and there found people having a massage. The masseurs and masseuses were blind. From the sizeable crowd standing by, it was clear that their skills were at a premium.

Being blind compels a person to rely on his remaining senses, touch and hearing in particular. Realizing that, on this basis, the blind masseurs had an advantage over their counterparts who still had the full use of their eyes, in that their minds had a direct connection to their hands, the wife and I decided to have a massage, and one evening, desiring to give ease to our suffering muscles, we joined the queue.

In fact we went to the massage parlor twice. The first time, I had an elderly masseur who straightaway held and pressed an ankle, and when I winced in pain declared, “Uric acid.” He then went on trying to dissolve it with on and off pressure. The second time, the masseur repeatedly punched my back with a little too much force, which I put a brave face on, to show that I was not a wimp. But once he struck me with such force that I almost had a blackout, after which, I decided that I’d had enough of blind masseurs, that while blindness might give a person better hands, it did not necessarily endow him with a better compassion.

Incidentally, feeling impish, I asked myself if a blind man could ever be an eyewitness. I reflected on the blind man that John writes about in his Gospel, who was sightless since birth. After smearing his eyes with clay made with saliva, Jesus directed him to wash in the Pool of Siloam. The man did so and came back already with vision.

He confirmed his identity to his neighbors who wondered if he was the same beggar they knew or just his look-alike. When asked how he got his sight, he said, “The man called Jesus made clay and anointed my eyes and told me, ‘Go to Siloam and wash.’ So I went there and washed and was able to see.”

He said the same thing when he was brought before the Pharisees. The Pharisees, however, would not believe him because, as they said, referring to Jesus, “This man is not from God, because he does not keep the Sabbath.”

The Pharisees verified with the man’s parents, who confirmed that he was indeed born blind, and when the Pharisees asked him a second time, reminding him that Jesus was a sinner and could not have done what he did, the man said, “If he is a sinner, I do not know. One thing I do know is that I was blind and now I see.” When again asked how Jesus opened his eyes, he answered with not a little impatience, “I told you already and you did not listen. Why do you want to hear it again? Do you want to become his disciples, too?”

Eventually, because the man stubbornly stuck to his claim, and in their exchange gave as good as he got, the Pharisees had him thrown out.

The rule is that an eyewitness is the best witness. Did the man whose blindness Jesus cured belong to this category?

In his poem, “On His Blindness,” Jorge Luis Borges wrote:

At the far end of my years I am surrounded
by a persistent, luminous, fine mist
which reduces all things to a single thing
with neither form nor color. An idea, almost.
The vast and elemental night and the day
full of people are both that cloudy glow
of dubious constant light that never dims
and lies in wait for me at dawn. I’d like
to see a face sometime.

Might not this be the same face that the blind man in John’s Gospel saw as he acquired his sight? Having had a blackout since birth, he received light from the Light that never dims, who had waited for him, and before whom he found himself, after being thrown out following a heated exchange of views with the Pharisees who punched him with their unforgiving, moralistic arguments. To whom at last he declared, “Lord, I believe.”