Osmeña not giving up on fight 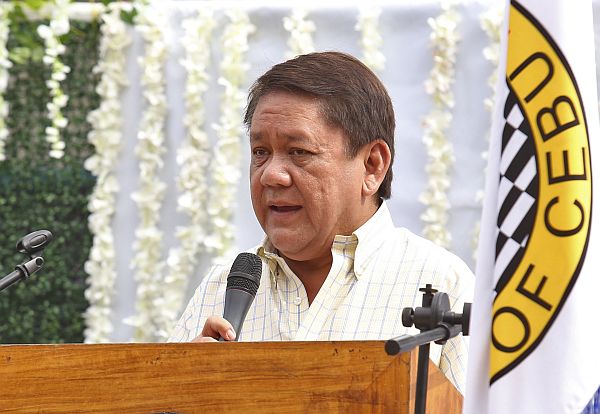 Cebu City Mayor Tomas Osmeña’s battle with BDO Unibank, Inc., is far from over, and he is ready to take the matter all the way up to the Supreme Court or even the President if need be.

In a Facebook (FB) post on Thursday, Osmeña said that the court order which prohibits City Hall from closing any of the BDO branches in the city was just a “setback.”

“When I first spoke of this issue, I said that we have a long and hard fight ahead. I wasn’t exaggerating. We are, after all, fighting billionaires,” he said on FB.

“Don’t be discouraged. This is just a setback. It will be the first of many. It is far from the end,” said Osmeña’s post.

Osmeña said he was well aware that his “fight” with BDO would not be easy, but he was determined to win in the end.

“This will not end quickly. We have a long, winding, and bumpy road ahead. But we will get there,” he said with a smiling emoticon.

In an order dated March 28, Judge Gilbert Moises of the Regional Trial Court (RTC) Branch 18 in Cebu City directed Osmeña and City Treasurer Tessie Camarillo to prohibit from “performing any act that will lead to and/or cause the closure of BDO branches in Cebu City.”

The order also prohibits the city from “prescribing, imposing, and/or requiring any information, documents, or act not prescribed by existing law and regulation”; and from “making announcements or statements … regarding the mayor’s intention to close the petitioner-banks in Cebu City.”

“Respondents’ act of issuing public threats to have petitioner’s branches closed for its alleged delinquent taxes is also a violation of the petitioner’s (BDO) right,” said Moises in a nine-page order.

Lawyer Joseph Bernaldez, the city legal officer, said he is now preparing a motion that will seek reconsideration of Moises’ order, which he intends to file in court within the next 15 days.

Earlier, BDO sought the court’s intervention to prevent Osmeña from closing any of their 28 branches in Cebu City which the mayor accused of tax evasion.

“The court finds the application for a writ of preliminary injunction meritorious. As is jurisprudently settled, a writ of preliminary injunction is issued upon the satisfaction of two requisites, namely: (1) the existence of a right to be protected; and (2) acts which are violative of said rights. After a careful sampling of the evidences presented as appearing on record, the court finds both requisites present in the case at bar,” said Moises’ order.

“Respondents (Osmeña and Camarillo) claim that Petitioner has no right to be protected by a writ of preliminary injunction because Petitioner’s business permit has expired on December 31, 2016 pursuant to City Ordinance No. LXIX stands on shaky ground,” it added.

Moises said it is a right of the petitioner to have their business permit application acted upon by the city government.

“If the petitioner’s right is said to be its right to have its application for renewal acted upon without undue delay, then an unjustifiable failure or refusal on the part of the respondents to do so ought to be considered a violation of such right,” said Moises.

Moises noted that the city of Cebu started accepting applications for the processing or renewals and new business permit applications on January 4, 2017. The Local Government Code also provides that the payment of local business taxes should be made within the first 20 days of January.

Moises said he cannot give weight to the city’s claims that alleged discrepancies found in the 2015 and 2016 gross income declared by the BDO–Magallanes branch caused delays in the processing of their business permit application.

The judge noted that in a show cause order sent to BDO by City Hall, Osmeña and Camarillo recognized that a business permit is subject to immediate revocation upon discovery of a violation of the condition upon which it was granted.

“The word ‘revoke’ would suggest that a permit had been issued; for one cannot revoke something that is not in existence. It can be inferred then, that at any time, even after subsequent renewal of business permit, the Mayor may revoke the same upon valid grounds.

“Thus, the court finds no sufficient justification for respondent to have refused payment and to halt acting upon the application when a remedy against possible violations is available at any given time. Not to act petitioner’s application for renewal and to reject the payment of taxes for this reason is unwarranted,” said Moises’ order.

After a review of arguments coming from the opposing camps, Moises ruled that Osmeña’s and City Treasurer Camarillo’s overall conduct in the matter “clearly shows a material and substantial invasion of petitioner’s right to have its application for renewal of business permit acted upon.”

“The inaction of the respondents to petitioner’s application for renewal has left petitioner and its depositors in limbo as to the fate of the branches of the bank,” said Moises.

“This court recognizes that a sterling reputation is crucial to any business, and even more so for a bank as large as BDO. As appropriately worded by the Supreme Court, the stability of banks largely depends on the confidence of the people in the honest and efficiency of the banks,” the order read.

“The loss of confidence in a bank does not only translate to reduction in the number of its depositors but could also mean degradation of investor confidence, thus affecting its performance in the stock market,” Moises added.