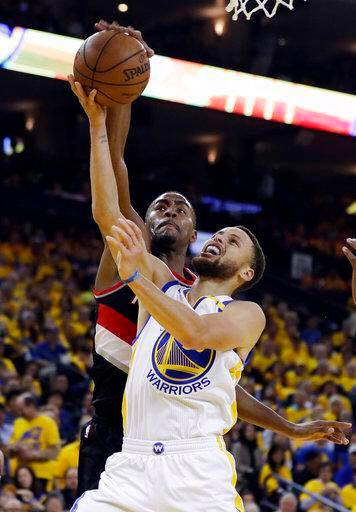 JaVale McGee shined on a night none of the usual stars found their steady shooting strokes and sparked Golden State off the bench with 15 points, and the Warriors beat the Portland Trail Blazers, 110-81 , in Game 2 of their first-round playoff series Wednesday night (Thursday morning PH time).

Steph Curry went 6 for 18 for 19 points and also had six assists and six rebounds. Klay Thompson was 6 of 17 and finished with 16 points for the Warriors, who now have a 2-0 lead over the Blazers.

CJ McCollum and Damian Lillard were hardly were the dynamic scoring duo for Portland as they finished with 11 and 12 points, respectively.