How to attract, keep, develop right talents in one’s company 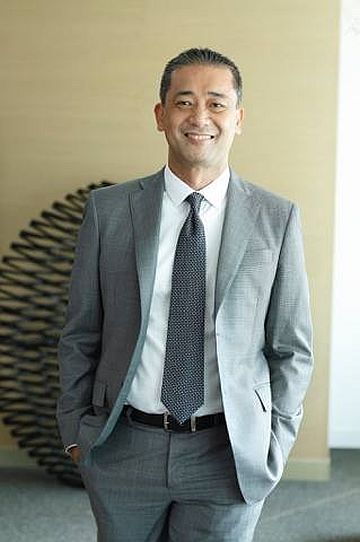 Focus on people. This is how a suc-cessful company in the Information Technology-Business Process Management (IT/BPM) industry describes its approach in attracting, keeping and grooming talents to be able to keep pace with the changing demands of the industry.

Lito T. Tayag, Accenture Philippines country managing director, said this approach helped the company, which was recently named Best Employer of the Year at the International ICT Awards Philippines 2017, to somehow manage to keep the attrition rate way below the industry rate.

In an interview on Monday, Tayag said their company’s “talent-led” approach which primarily puts focus on their people helped them attract and retain the right talents as well as develop talents that are responsive of the ever changing demands of their clients.

He added that Cebu, being a major base for the company, is positioned to grow further with at least 1,000 more jobs to open here this year.

Accenture started with only 85 workers when it launched its first facility in 2007. The company now has 5,000 employees with operations at Pioneer House, Robinsons Cybergate, as well as IT Park’s eBloc 2 and eBloc 3.

For every company, attracting the right talent is as crucial as retaining them.

For Accenture, attracting the talent does not start by posting an advertisement in the newspaper about the available jobs in the company, rather it starts with touching base with the community through different partnerships with schools.

In 2012, an education program by Accenture Philippines and Passerelles Numeriques, which was aimed to sustain the manpower demand in the Information Technology industry in Manila and Cebu, has produced its first batch of 24 graduates, who were then hired by different partner companies including Accenture.

According to Tayag, they also do partnerships with universities to ensure that these institutions produce graduates with talents that will match existing industry demands.

Accenture also has a program called “Hour of Code” that is meant to promote adoption of science, technology, engineering and mathematics (STEM) among young Filipinos that will help create talents to fuel more growth for the industry.

In a talent-led approach, retaining a talent means that you look at each of your existing people’s talents and skills and plan their careers at Accenture.

Training is key according to Tayag as individuals will always look forward to building a career in an organization, and for a company to be able to provide that spells a lot of difference.

“At Accenture, we invest a lot in training hours for our people to better equip them as clients are becoming more demanding and have different sets of demands over the years.”

From Sept. 1, 2015 to Aug. 31, 2016, Accenture invested more than US$4 million on learning, delivering over 1.8 million training hours to employees across all functions in the Philippines Delivery Center.

Accenture’s global careers also provide opportunities for their talents to get assigned to other countries and work with clients.

“Along the way they get to hone their talents as well as being able to travel abroad and widen their horizon,” he said.

He added that with Accenture, having a very diversified line of business offering diverse services to clients also entails the employ of diverse talents.

According to Tayag, the award is an affirmation of Accenture’s efforts to become the most inclusive and diverse employer.

True to having diversity at its core, the company employs about the same percentage of men and women across all levels in its Philippine workforce.

Tayag shared that they also have an active LGBT network through its FLAG or Friends, Lesbians and Gays employee organization as well as a community of differently abled individuals.

“About 50.5 percent of our employees are women and were able to sustain that all the way to the managing director levels. We also want to develop and support LGBT and persons with disability. Now we have gender neutral restrooms,” he said.

Tayag said they will further create more programs that will make working at Accenture, especially for the LGBT and differently-abled employees, more inclusive.

Inculcating the value of corporate citizenship among their employees is also an important area where Accenture puts emphasis to make working at the company more engaging for their employees according to Tayag.

“We have company-led programs and employee-led programs. These activities enable them to engage with communities,” said Tayag.

Accenture was also ranked 3rd in the Top 10 Most Aspired Companies Filipino Would Like to Work For” by JobStreet.com Philippines and received an award from the Cebu City government on Monday night as among the Top 10 IT/BPM Companies in Cebu.