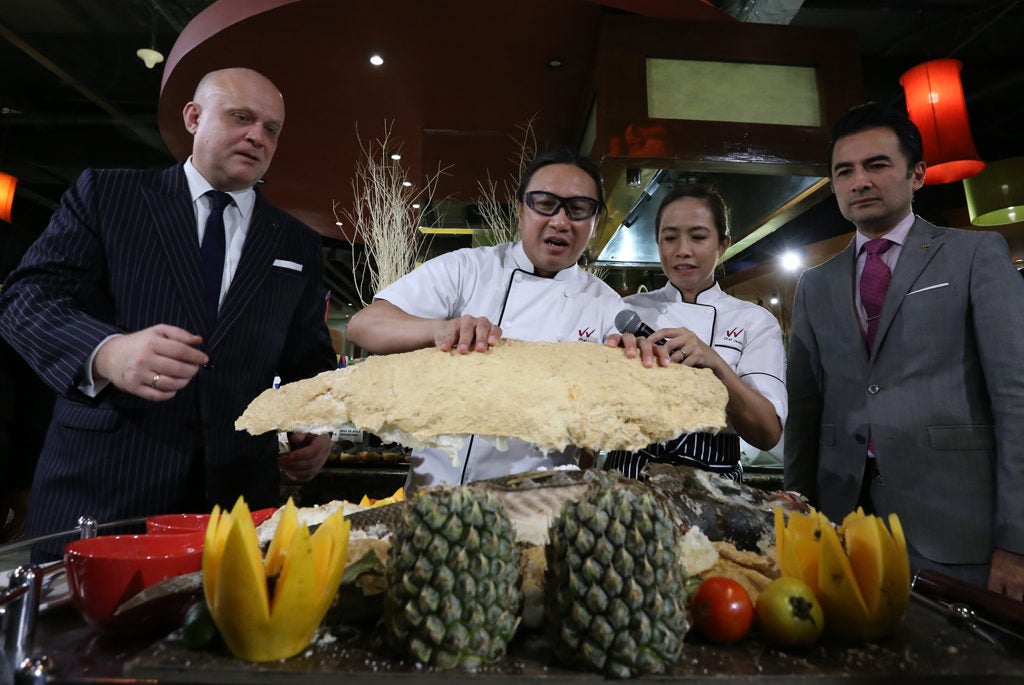 The flamboyant festival offers a variety of Cebuano dishes with a twist such as the Lechon Kambing, Beef Lechon, Spicy Lechon, Puso Surprise (hanging rice with a special filling inside) and Crusted Salted Fish. These dishes were created by celebrity chefs Roland and Jackie Laudico, who both have a vision of serving Filipino cuisine in international buffet spreads around the world. Their artistic culinary creations are also featured at their sought-after restaurant Guevarra’s in San Juan, Metro Manila.

Cold appetizers such as Kinilaw Spoons composed of fresh fish fused with spicy calamansi and capsicum emulsion, Danggit Macaroon stuffed with Laing Mousse and Shrimps and Sushi-Noy which is a Filipino maki topped with matambaka flakes are also an all-time favorite.

Delicious treats such as the Sisig Baskets containing assorted sisig in rice baskets topped with garlic aioli, Palabok Bites seasoned with Carcar Chicharon and Sinigang Bites which are tamarind-spiced Kangkong chips topped with bangus mousse are also included in the feast.

Other appetizers include the Kaldereta Pie, Balbacua UNO and San Miguel Battered Fish with Buro Cream. Soups including the Nilarang Bouillabaisse and Pochero Corn Chowder are also available.