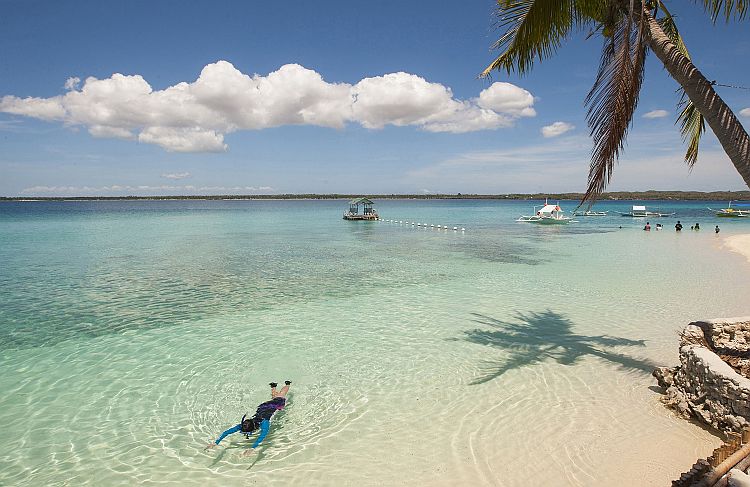 Virgin Island is one of the several favorite spots of foreign tourists in Santa Fe town, Bantayan Island.

An elderly Taiwanese tourist drowned, while 12 of her fellow Taiwanese were rescued after the motorized banca they rode in capsized in the waters off Barangay Ocoy in Sta. Fe town, northern Cebu, last Wednesday afternoon.

Chen Su Shaing was declared dead when she and her companions were brought to the Bantayan District Hospital.

One of those who were rescued was a 42-year-old banca operator named Jupiter Flores.

Their last stop was Virgin Island, which was 10 kilometers from the mainland.

The group left Virgin Island at 5 p.m. and were heading back to the mainland when they were met by strong winds and huge waves, causing their banca to capsize.

Mallorca said it was raining hard and winds were strong when the group left.

The group was rescued by some concerned citizens from the Virgin Island, Mallorca said.

The foreigners were rushed to the hospital, but Shaing was declared dead by Dr. Rachel Menchavez. Flores was detained after the incident.

“We will investigate to determine the possible liability of the boat operator. He could have decided not to go on with the trip because of the bad weather,” Mallorca said.

It was not immediately known where the foreigners were staying and the date of their arrival in the country.

“We were not able to talk to them right away because they were still in the state of shock,” Mallorca said.