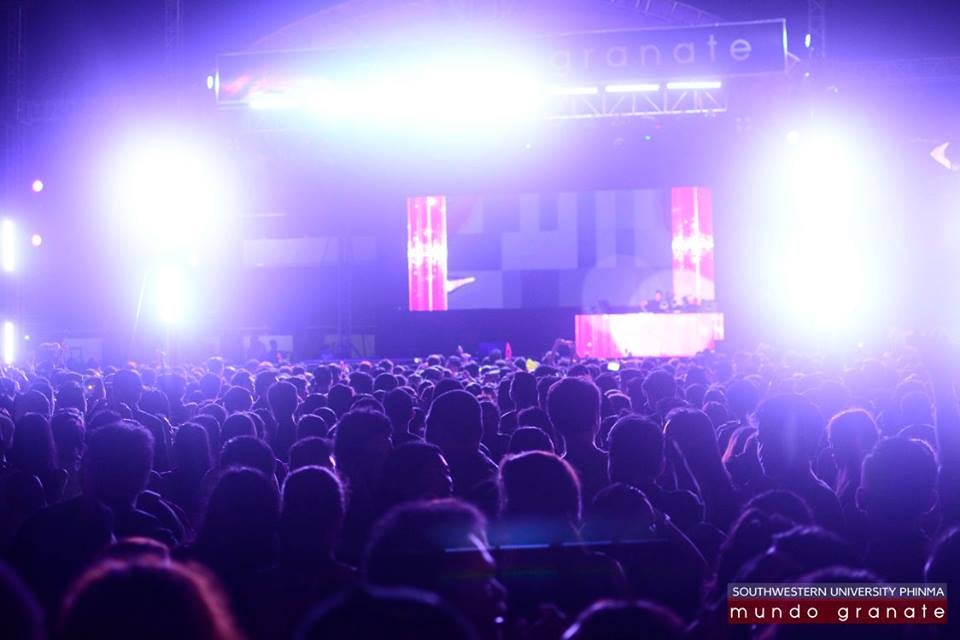 This open gate activity organized by SWU PHINMA made emphasis on rebuilding and making improvements on the quality of training and instruction on every degree program like Information Technology and Hotel and Restaurant Management among others. The main objective of these reforms is for SWU PHINMA to attract the brightest students and produce competitive professionals who will be the pride of the institution. New programs added to the school’s roster of course offerings was also announced, one of which is Architecture.

“Southwestern University PHINMA will produce the best students.” said Albert Gamboa, the Chief Operations Officer (COO) of SWU PHINMA as he made a commitment that soon, more of the country’s top graduates would have walked the halls of SWU PHINMA.

Mundo Granate also served as a platform for the introduction of the SWU PHINMA Cobras Varsity teams and the new school uniforms.

Rows of booths spanning from outside of the SWU PHINMA Ballpark all the way to the school grounds welcomed students, employees and guests alike. It was a fun night for the Cobras from the start up until the end as the Coachella-inspired event also had a rave party at the end of the school-related programs.

The rave party served as the acquaintance party of the students especially the Junior and Senior High School students to send out a message that learning and being the best that you can be is a lot more fun at SWU PHINMA.