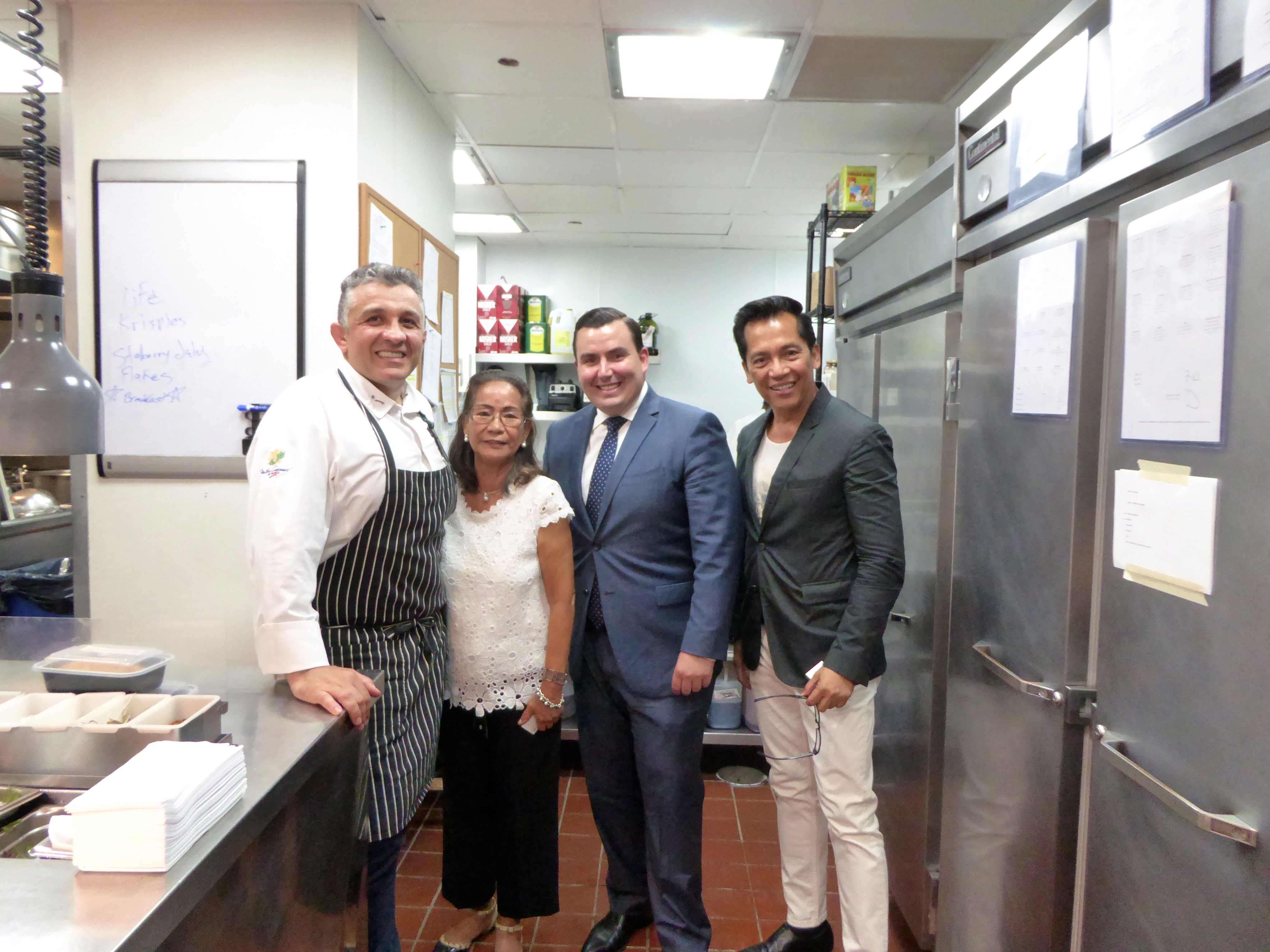 I WAS totally in awe as I found myself, upon the invitation of fashion stylist Marlon Corvera, in the exclusive The Core Club of New York City where CEOs and cultural icons comfortably collide.

Located in midtown Manhattan along 60 East 55th street between Park and Madison Avenues, The Core Club is an exclusive premier lifestyle organization whose elite group of private members are people who have significantly altered business, culture and society.

A rousing art collection at the lobby and hallway and welcomed us. The club’s General Manager, Kevin Smith, with his very genteel British demeanor warmly greeted us in the stylishly decorated dining area. Marlon is quite known to the well-trained restaurant staff that attended to us, an interesting international mix—British, Nepalese, and British-Indian.

As soon as Kevin has seated us, Restaurant Manager Mike Islam took over and Champagne Pierre Gimonnet & Fils Brut was poured into flutes, a very fruity, crisp bubbly chardonnay blend. Before Marlon and I could check the menu, a
parade of artfully crafted openers and appetizers were served on our table, compliments of the Executive Chef. 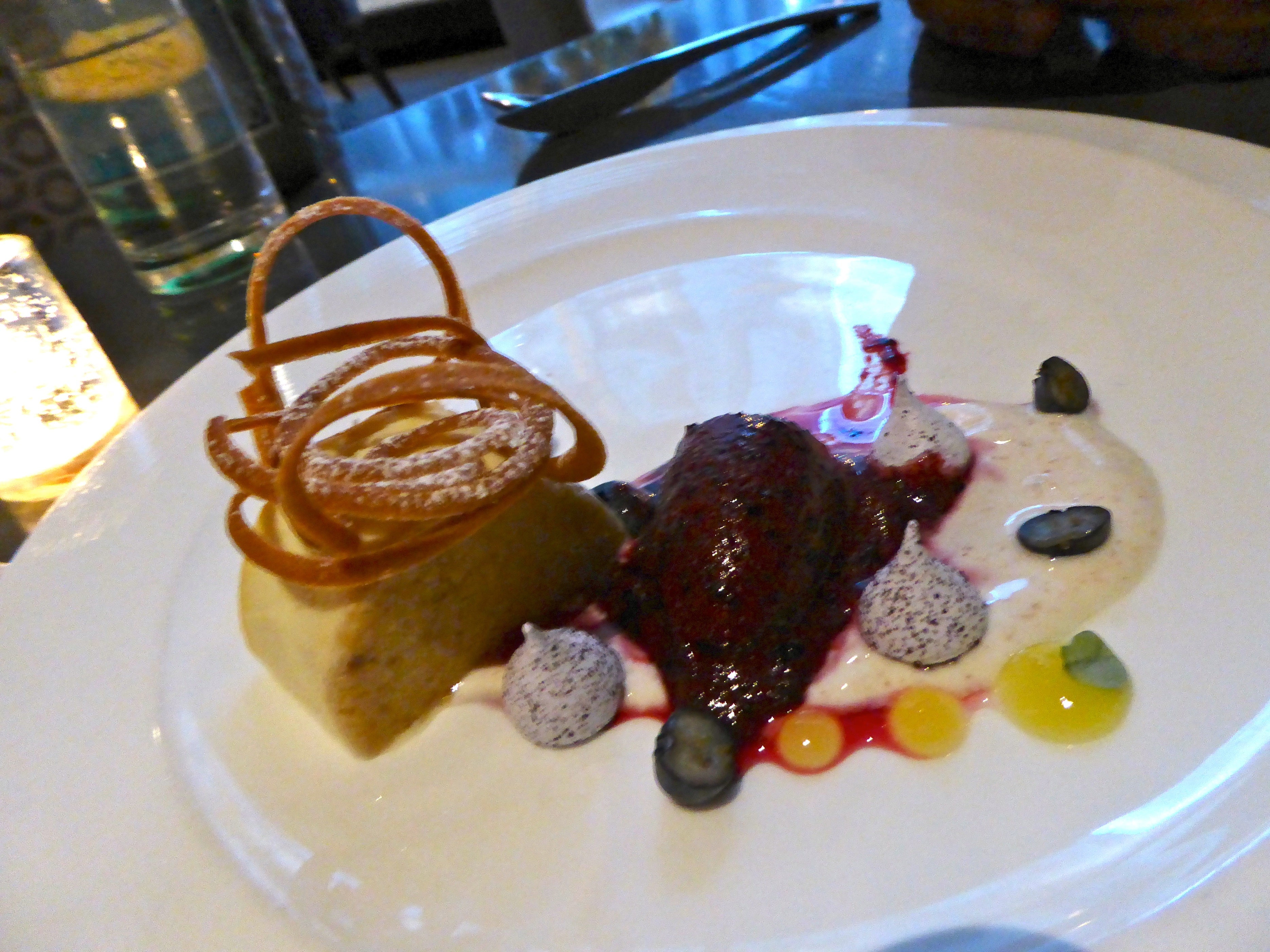 The Burrata with Basil Foam, Sashimi, Truffles & Cheese Pizza and Salmon Tartare were all palate amusers. Burrata is fresh Italian cheese made from mozzarella and cream.

I took pleasure in every bite! For our entrées, Mike recommended the Sea Scallop for me while health buff Marlon chose the Salmon cooked medium rare with vegetable promenade and squash blossom.

Lobster Risotto was served with our entrées. 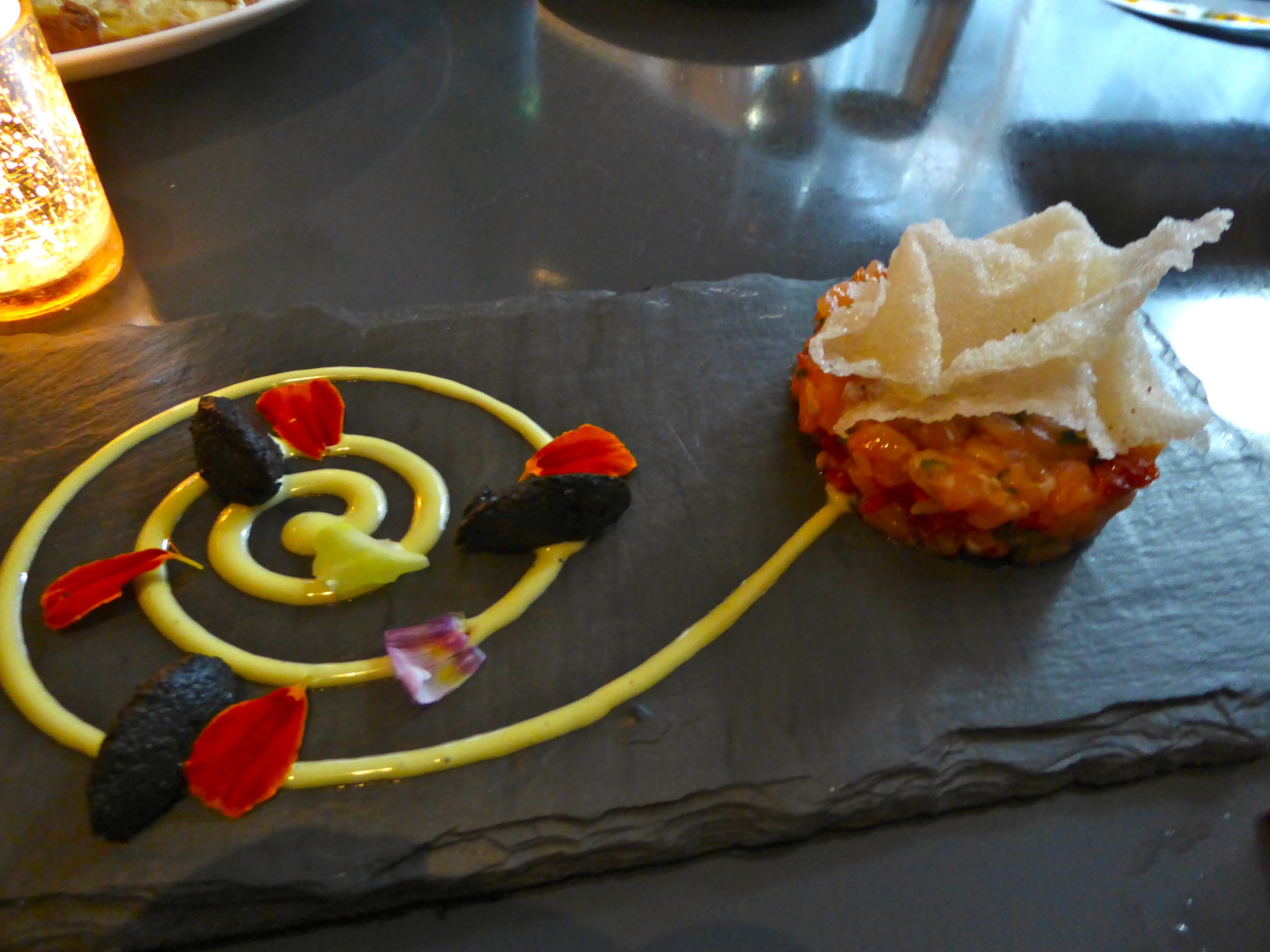 I rarely get to meet chefs when I dine due to their demand in the kitchen. So I was absolutely thrilled when GM Kevin invited me to the kitchen to meet Chef Bernard Liberatore.

It was indeed a pleasure to meet a distinguished Maître Cuisinier de France (Master Chef of France). With the sought-after title, Chef Bernard perpetuates the tradition of great French cuisine. Warm and friendly, Chef Bernard took the time to exchange pleasantries and gamely posed for pictures.