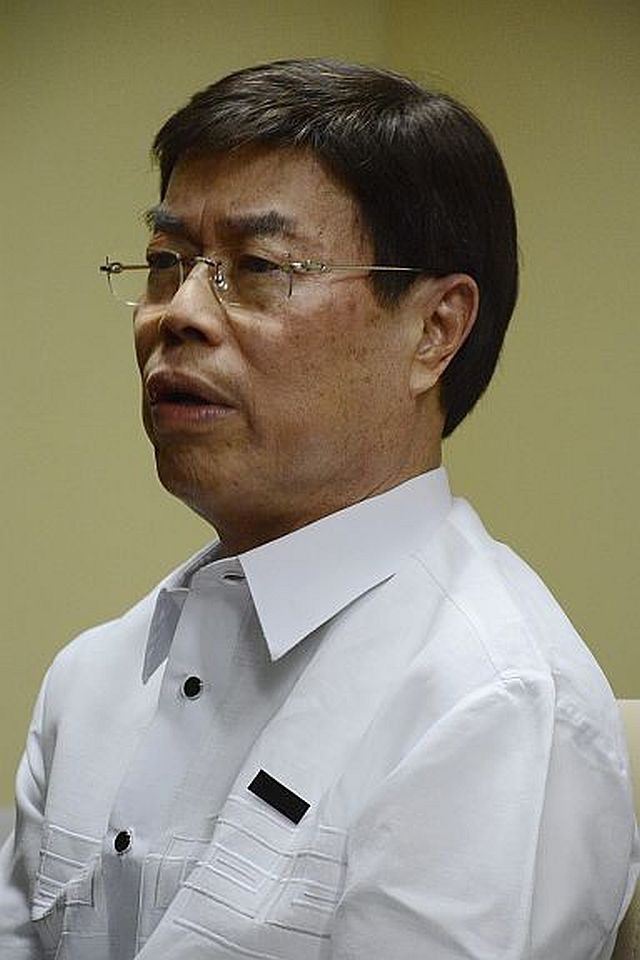 This was disclosed by the Department of Justice (DOJ) on Monday, but the agency didn’t provide details of the criminal case against Lim, who was named by President Duterte as the biggest drug lord in the Visayas.

Also charged with Lim were seven others, among them alleged drug kingpin Kerwin Espinosa, the son of slain Albuera mayor Rolando Espinosa Sr. of Leyte.

The case, filed by the police’s Criminal Investigation and Detection Group (CIDG) in the DOJ, prompted Justice Secretary Vitaliano Aguirre II to issue an Immigration Lookout Bulletin Order (ILBO) against Lim and his co-accused.

An ILBO is different from a Hold Departure Order, which can only be issued by the courts.

But it has a similar effect of a court-issued travel ban since the subject of the order must first secure permission from the DOJ before he or she could be allowed to leave the country.

“In view of the gravity of the offense filed against (them), there is likelihood that they might leave the country to place themselves beyond the reach of the lawful processes of the concerned offices,” Aguirre said in his July 11 order, a copy of which was released to the media on Monday.

He issued the order upon the request of Supt. Richard Verceles, head of the CIDG’s Major Crimes Investigation Unit, after Lim and the others were charged with violations of Section 26(b) in relation to Section 5 of Republic Act No. 9165, more known as the Comprehensive Dangerous Drugs Act of 2000.

The offenses pertained to the “sale, trading, administration, dispensation, delivery, distribution and transportation of dangerous drugs and/or controlled precursors and essential chemicals.”

Lawyer Pedro Leslie Salva was surprised when he learned about the filing of a case against Lim at the DOJ.

“We never knew that a case was filed against him (Lim). Had you not told me about it, I would not know,” he told Cebu Daily News over the phone last evening.

Although law enforcement agencies were conducting a probe on Lim, Salva said they were never summoned to answer the accusations against his client.

They also had not been formally notified about Lim’s inclusion in the Immigration’s watch list, said Salva.

Cebu Daily News tried to visit Lim’s office in Barangay Subangdaku, Mandaue City, but he was unavailable for an interview.

In an earlier interview, he repeatedly denied the accusations hurled against him.

In 2001, Lim and his brother Wellington were investigated by Congress over their alleged involvement in illegal drugs.

The NBI, however, dismissed the complaints against the Lim brothers due to insufficiency of evidence.

Espinosa, said to be the biggest drug lord in Eastern Visayas, had previously told a Senate inquiry that Impal was his main supplier of shabu (methamphetamine hydrochloride).

Both Espinosa and Co, one of the so-called “Bilibid 19” high-profile convicts, had linked detained Sen. Leila de Lima in the narcotics trade inside the New Bilibid Prison (NBP) in Muntinlupa City.

Co is still detained in the NBP, while Espinosa has been under the custody of the Witness Protection Program of the DOJ.

Impal, on the other hand, was arrested in a sting operation conducted by the Philippine Drug Enforcement Agency in Iligan City on January 18.

He also directed them to immediately inform him if the subjects of the ILBO would try to go abroad.

“(A)ll concerned are strongly warned against waiting until boarding time to inform the concerned offices of any attempt to leave the country,” said the Justice secretary.

Aguirre said all Immigration personnel should be “on the lookout/alert … in the event that anyone of them pass through immigration counters in any of our international airports and/or seaports.”

Salva, for his part, said they would answer the allegations hurled against Lim head on.

“If a case has been filed against him, I believe he will be furnished with the formal complaint. Of course, as a matter of due process, he will be asked to refute the allegations,” he said.

“They just could not elevate it to the court without us answering it. The accusations are too serious. We will respond to it,” he added.

Salva, however, pointed out that linking Lim to illegal drugs was unfair to his client.

“How many presidents have passed? With all the resources and forces of government, how come they have not proven their accusations? All the allegations against my client are but stories. It’s easy to make stories. In fact, they have just been repeated one after the other,” Salva said.

Salva said Lim had already traveled outside the country within the year but went back in Cebu.

“I would not know where he went. I also did not ask for details,” he said.

Senior Supt. Joel Doria, director of the Cebu City Police Office, said they have been monitoring Lim as directed by their higher-ups in Camp Crame.

“We’ve been monitoring him since he was mentioned by President Duterte (as one of the top drug personalities in the country). We continuously monitor him,” he told CDN over the phone.