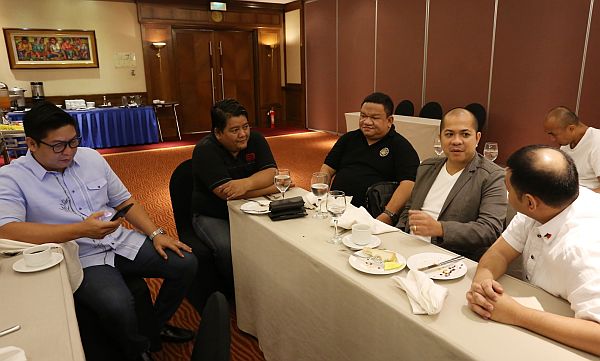 While the local Commission on Elections (Comelec) offices were anxious over preparations in this year’s barangay and Sangguniang Kabataan (SK) elections, barangay officials in Cebu are united in supporting its postponement to 2019.

But they said there will be no awarding until there is official confirmation from their Manila office that the elections will push through.

Sarno rated as 60 percent the likelihood that the October elections will be postponed.

“Hopefully Congress will prioritize the bill and decide as soon as possible to delay the elections so no public funds will be wasted,” Sarno said.

Provincial Board Member Celestino “Tining” Martinez agreed, saying that deciding on the fate of the elections in the 11th hour will force Comelec to cram on their preparations.

Martinez, who is also concurrent president of the Association of Barangay Councils (ABC) Cebu provincial chapter, said it is also likely that those who win in this year’s barangay and SK elections may have ties to drug dealers.

“President Digong has maintained his stand not to pursue the election [on October] because he said 40 percent of the 42,000 incumbent officials have drug ties. It’s better to have them identified and sanctioned,” Martinez said.

President Duterte made no mention of the barangay and SK elections in his July 24 State of the Nation Address (Sona).

He earlier proposed that all barangay posts be declared vacant so he can appoint caretaker officials in their stead.

Last March, Ivy Durano-Meca, who heads the Cebu Provincial Anti-Drug Abuse Office, said she wasn’t agreeable to the postponement of the barangay and SK elections and the appointment of barangay officials by President Duterte.

Meca said even barangay residents already know who among their leaders are involved in drugs.

“The Badac has its own watch list and they can identify those involved in drugs so they wouldn’t choose them as their leaders,” she said.

Also during the forum, Martinez proposed that the terms of barangay officials be extended to five terms of three years each so they can better serve their constituents.

Castillano also refuted claims that vote counting machines used in last year’s elections will be used for the barangay elections, saying that the votes will be counted manually.

Comelec resolution 10177 stated that the barangay and SK elections will be held on Oct. 23 with the campaign period scheduled on Oct. 13 to 14.

Read Next
Crackdown on gambling before Aug. 15 — police