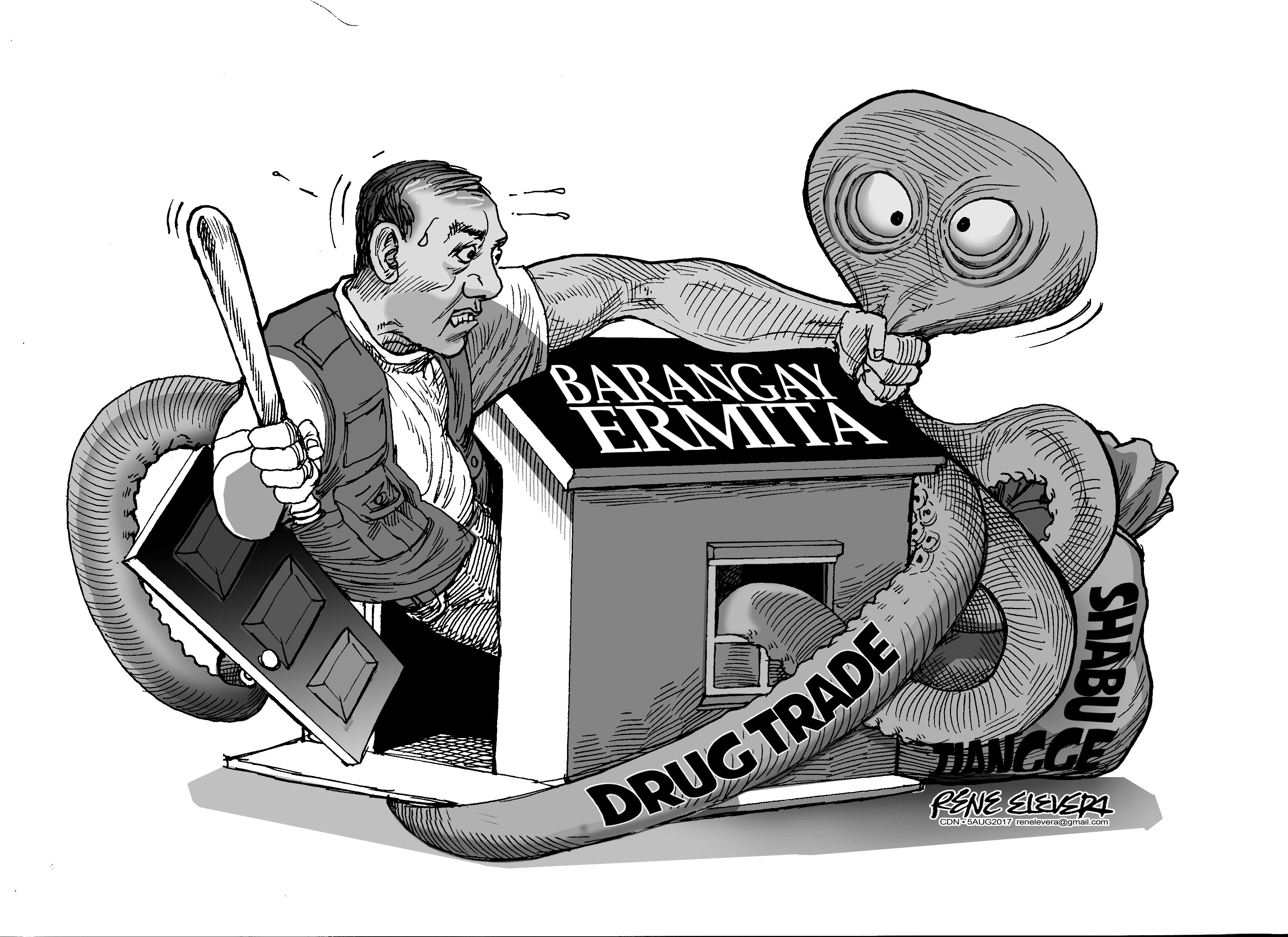 Having served his six-month suspension, Barangay Ermita Chairman Felicisimo Rupinta’s newfound enthusiasm for the war against illegal drugs will hopefully translate to Ermita’s inclusion in that coveted list of “drug-free” barangays in Cebu.

That would be quite the success story from six months earlier, when Rupinta and seven other barangay officials were suspended based on a complaint by the regional Philippine Drug Enforcement Agency (PDEA-7) about their failure to cooperate in a shabu tiangge (flea market) raid last year.

Upon his return to office, Rupinta said among the first things he will do aside from signing the payroll is to revive the Barangay Anti-Drug Abuse Council (Badac), which was supposed to clear his barangay of illegal drug activities.

In his defense — and perhaps as a snipe to the powers that be — Rupinta said the number of drug pushers rose from three to 30 during his absence. But if he was an effective barangay official, there should never have been one drug pusher in his area in the first place.

Rupinta’s reinstatement came amid a united stand by the Association of Barangay Councils in Cebu City and the province in support of President Rodrigo Duterte’s proposal to Congress to suspend the barangay and Sangguniang Kabataan (SK) elections until 2019 in time for the national elections.

It’s not a total surprise considering that most of the barangay officials won’t mind an extension of their terms in order to further entrench their hold on power.

In the case of Cebu City, that would mean Barug Team Rama ensuring some hold over the barangay officials which would prove valuable not only in the future but also in their present dealings with the administration.

For Rupinta, a deferment of the barangay elections would give him enough time to make amends and redouble his efforts to clear Ermita of illegal drug activities if only to dissipate whatever doubts about his commitment to the government’s war as spearheaded by PDEA.

The same can be said of all barangays in Cebu where the number of drug-free areas can be counted with both hands. Whether Cebuanos share the sentiments of their barangay officials or not is yet to be determined either through a mock poll or survey.

What is clear is that the government had provided incentives for drug-free barangays that include an increased share in the local government’s budget. Politics aside, that can and should be implemented provided that the barangays are consistent in clearing their areas of illegal drug activities.

Hence, the suspension of the barangay elections offers a two-year window for incumbent barangay officials to protect their constituents by clearing out illegal drug dealers.

But with the Commission on Elections (Comelec) receiving no word from Congress on a law to be passed for the President’s signature, that two-year window remains a shaky possibility.