Win no.2 two for Webmasters 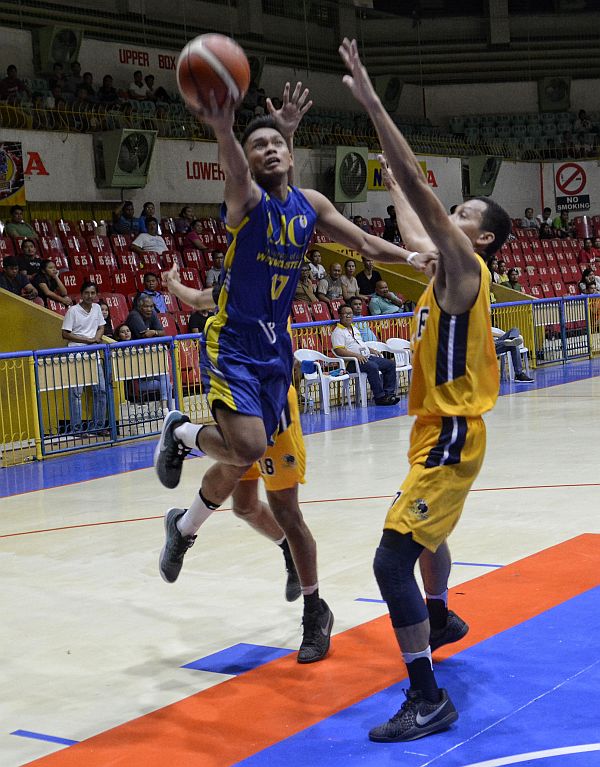 THE University of Cebu (UC) Webmasters picked up their second win in five games Saturday night after eking out a, 107-95 overtime victory over the University of Southern Philippines Foundation (USPF) Panthers in the 17th Cesafi men’s basketball at the New Cebu Coliseum.

Cameroonian giant Frederick Elombi led the Webmasters with a monster game tallying 43 points, 21 rebounds and five blocks. He also hit the game-tying free throws with 6.7 seconds left to knot the game at 89-all and force overtime.

The Panthers had a chance to win the game but a full court pressure by the Webmasters prevented them from hoisting a shot.

UC finally found its groove in the extension period with a 12-3 run highlighted by Elombi’s turnaround jumper that pushed the lead to eight, 101-93.
JR Puerto and Keiya Kishimoto backed Elombi’s career night with 12 points each as the Webmasters improved to 2-3 (win-loss).

Tempers flared late in the game that resulted to the ejection of UC’s Chris Naong, Keanu Gomez and Michael Galay who entered the court after a scuffle in the other side of the field.

Lyndon Colina paced the Panthers with 24 points while Rodelio Cauba added 18 as USPF fell to 1-4.