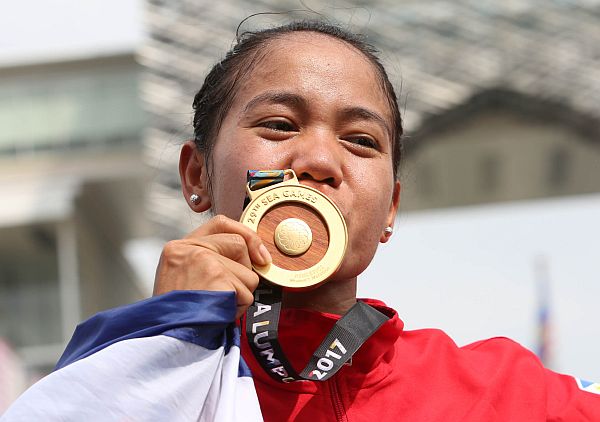 THE Cebu Provincial Government handed P100,000 worth of cash incentive to gold medalist Mary Joy Tabal as recognition for her victory in the Southeast Asian Games (SEA Games) held in Malaysia last August.

Tabal gave paid a courtesy call to Cebu governor Hilario Davide III in his office at the Capitol compound past 11 a.m. today, where the marathon champ received the check from the governor.

She was accompanied by her coach, John Philip Duenas.

The provincial board (PB) resolution on granting Tabal the incentive was approved two weeks after she won in the SEA Games.

Tabal told reporters that she will be using the money given to her by the provincial government to finance her requirements for her VISA application, and the trainings she need before participating in upcoming tournaments.

“This is a great help for me. It will support my trainings, like for the Asian Games next year. And I’m planning to defend my title in the national Milo Olympics next year, that’s why I’m planning to train in Italy for two months,” she explained.