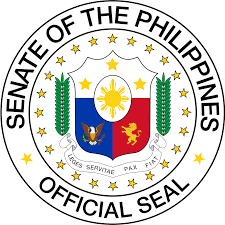 The postponement of the barangay and Sangguniang Kabataan (SK) elections has moved closer to reality after the Senate on Wednesday approved on third and final reading to defer the twin polls originally set next month to May 2018.

After being certified as urgent by President Rodrigo Duterte, the Senate, voting 17–1 and zero abstention, approved Senate Bill No. 1584 just barely three hours after it approved the measure on second reading.

The bill was approved without the provision that would allow President Duterte to appoint barangay officials, which was proposed as part of the government’s effort to weed out villages of barangay officials involved in illegal drugs. Only Sen. Risa Hontiveros voted against the measure.

But President Duterte on Wednesday said he was “not interested” in appointing barangay officials even if Congress would approve the postponement of the barangay elections this year.

“Itong Congress, let me state now: I am not interested to appoint barangay captains. Disabuse your mind of Duterte holding so much power,” Duterte said in his speech in Malacañang during the oath taking of the newly elected Board of Trustees of the Philippine National Police Academy Alumni Association Inc. (PNPAAAI).

The Senate’s move came nine days after the House of Representatives also passed on third and final reading House Bill (HB) 6308 that also seeks to postpone the October 23, 2017 barangay and SK elections to May 2018.

HB 6308 was approved on September 11 by 213 lawmakers, with only 10 lawmakers voting against it, including Cebu City North District Rep. Raul del Mar.

Del Mar has opposed the postponement of the barangay elections, saying it would violate the will of the people who voted the village officials on a fixed term. He said postponing the barangay polls would also keep the errant barangay officials in office for another seven months.

Zafra, the village chief of Barangay Tisa, said that an extension of their term of office should actually be a challenge to all barangay officials in the city to prove themselves to the people who elected them.

“It will also help our (public service) campaigns so that it won’t be stopped. We have already started doing efforts against illegal drugs. So this is good. The barangays’ (projects) won’t be disrupted and they can continue their programs,” he said.

He added though that he would have wanted the postponed elections to have a specific date next year and not just a month.

Zafra stressed he respected the decision of both the House and Senate, as they may have their own information on why the elections should be postponed.

President Duterte earlier sought to postpone the village polls saying that the illegal drugs trade has become pervasive in the barangays and that village officials with links to or are drug lords themselves would likely use narco money to fund their campaigns.

Zafra, for his part, said now is the chance for barangay officials to prove they have not been abusing their positions nor were they engaged in questionable activities.

“My call for other barangays is to continue serving. This is an additional opportunity to us to prove that we are worth the position we have. We should not waste the opportunity that is given to us,” Zafra said.

Zafra likewise welcomed the Senate’s exclusion of a provision that would have allowed the President to appoint new, interim barangay officials to replace the existing ones.

While he said he has no problem with giving the President the power to appoint barangay officials, Zafra said it would be difficult to legally justify.

“My reservation on that is it can’t be justified under existing laws. Even the Constitution specifically provides that the positions in the barangays are elective in nature except for the barangay secretary and treasurer,” he said.

Earlier this week, the Commission on Elections (Comelec) has announced it is proceeding with its preparation for the twin polls in the absence of a final order to postpone the elections.

But on Tuesday, the Comelec en banc decided to push back the start of the filing of the certificates of candidacy (COC) from September 23 to October 5, still with October 23 as the election day in mind.

Cebu Provincial Board (PB) Member Celestino Martinez III, a village chief in Bogo City who sits in the PB as president of the federation of the Association of Barangay Councils (ABC) in Cebu province, said he had hoped that the barangay polls would be held as scheduled.

However, he said, postponing the barangay elections, should it be decided with finality by Congress, would hopefully allow for more congressional action to strengthen laws governing the roles of barangays as the basic political unit in the country.

“I was really hoping for them (the senators) to take time to reconsider the barangay elections because for the past months and year, just like the Sangguniang Kabataan, their polls were put on hold indefinitely,” said Martinez in a phone interview with Cebu Daily News.

Nevertheless, he expressed hope that with the postponement of the village and SK polls, legislators will pour more time and efforts into reevaluating the Local Government Code, particularly about the provisions that pertain to the functions of the barangays.

“(We’ll) give them time to really look into the Local Government Code and the barangay rules so that we can be more attuned to the needs of the barangay. … There are a lot of things the barangays have to attend to,” said Martinez.

Up until the announcement of the Senate’s vote to postpone the elections, barangay leaders were unsure on what to do given the uncertainties surrounding the barangay and youth polls, Martinez said in an earlier interview yesterday.

In fact, he said, “not too many personalities are considering running in the barangay elections this year because, then again, it’s full of uncertainties.”

Incumbent barangay officials also would not want to declare their candidacies early as it could only create unnecessary political tension should the elections be postponed, he added.

“I think the persons who wanted to run in the barangay elections do not want to cause any problems in the barangay. What’s at stake here is their relationship with their constituents and unity. Because elections are divisive. If they can see that the barangay polls won’t push through, then it’s like these officials just burned down bridges for nothing,” Martinez said.

On the other hand, Cebu Provincial Elections Supervisor Lionel Marco Castillano revealed on Wednesday that they have started printing ballots for the barangay and SK polls since early this month and have so far printed 30 million ballots out of their 72 million ballots.