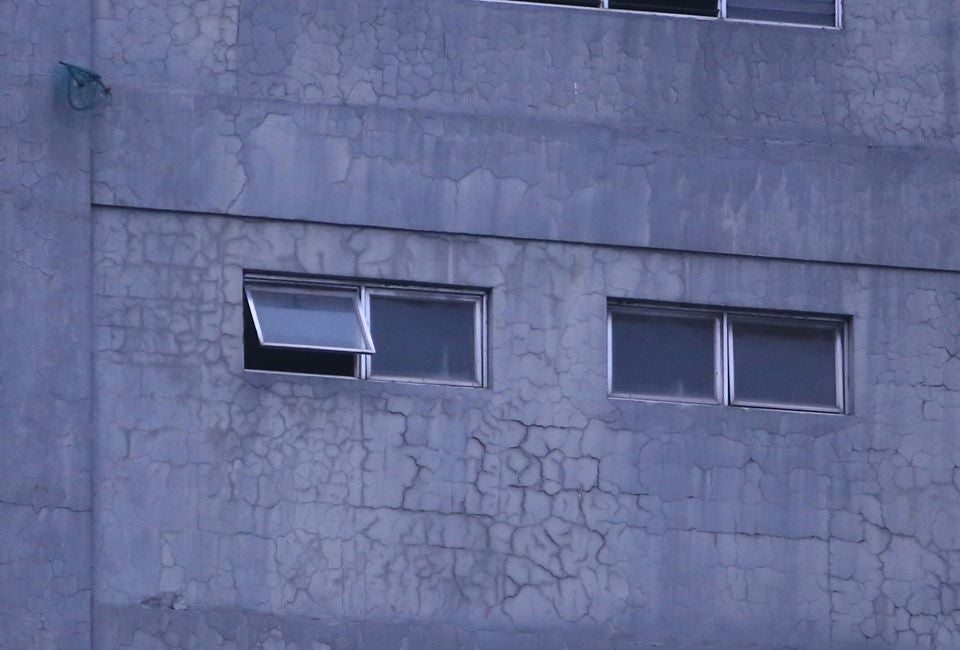 The window of a toilet cubicle at the Asian College of Technology building where the Grade 12 student jumped off. (CDN PHOTO/LITO TECSON)

THE school whose building was the site where a senior high school student jumped off to her death voiced its shock on the incident and disclosed details that may have led to her suicide Thursday afternoon.

In a statement Dr. Stephen Descallar, president of the Asian College of Technology (ACT), said the college student displayed ‘erratic behavior’ while attending class prior to the incident.

The student, a 17-year old girl, jumped out of the window of the women’s toilet of the ACT building and crashed on the ground at past 4 pm Thursday.

“[She] even tried to climb out of the classroom’s window. She was restrained by the teacher who then called for the guidance counselor, Marcus Agonia, Jr., who later fetched the student and brought her to the counseling office,” a part of Descallar’s statement reads.

The victim admitted to the counselor that she was physically, verbally and psychologically abused by her parents at home.

Agonia called the student’s mother and recommended to take her daughter to a clinical psychologist.

It was revealed that the victim already had suicide attempts before.

She reportedly tried ingesting a dozen packs of MSG (vetsin) and a dozen tablets of amoxicillin and biogesic.

The victim reportedly asked to go to the toilet after sensing that her mother was in the school.

“And things quickly happened in seconds as she slipped out of the [CR] cubicle’s window,” Descalar said.

The emergency staff who responded to the incident tried to revive the victim.

But her parents, who were in the school premises, decided to bring their daughter to the hospital but she failed to make it.