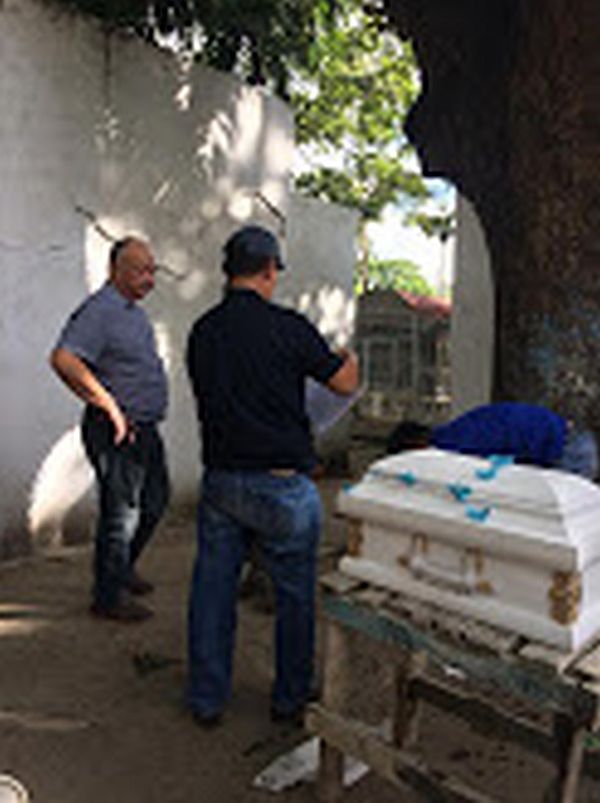 THE National Bureau of Investigation in Central Visayas (NBI-7) started on Friday their investigation on the death of one of the two infants from Barangay Pajac in Lapu-Lapu City, who died after he was vaccinated.

The baby’s tissue samples and organs were placed on a cooler for transport to the NBI head office where the laboratory examinations wouold be made to determine the cause of his death.

Cam and representatives of the Department of Health in Central Visayas (DOH-7), led by Dr. Shelbay Blanco, visited at around 1:30 p.m. on Friday the Humay-Humay Cemetery, where baby Ghirvaughn was buried.

Cam said the laboratory examination would last from a week to a month’s time depending on the workload of the crime laboratory personnel.

He said that working on an infant’s body tissues is difficult to do because these are not yet fully developed as compared to that of an adult.

Ghirvaughn was one of the two babies who died three days after they were given vaccination at the health center in Barangay Pajac, Abuno, on November 8.

Ghirvaughn was buried on November 17 while Ayesha was buried the next day.

Ariel Igoy, 45, said he was determined to seek justice for the death of his grandson.

He expressed disappointment on how the DOH had been handling their case, the reason why he went to the NBI for assistance.

Read Next
Cebu City ties up with Uber, Grab