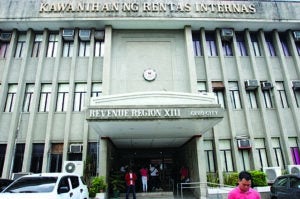 The failure of the Bureau of Internal Revenue (BIR) to revise zonal values for land over the past 12 years will soon take its toll on taxpayers in Cebu.
BIR-13 is expected to implement a revised zonal value schedule for properties in Cebu within the first quarter of 2018.

Compared to current rates, the zonal value of real properties could increase by as much as 300 percent on average. It could be more or it could be less, depending on the classification of the property and its exact location, according to lawyer Aynie Mandajoyan-Dizon, BIR-13 regional director.

“The revision is mandated by the Tax Code once every three years. It just so happened that in this region, the last revision we had was 12 years ago. So this is why the increase is higher,” she told Cebu Daily News in an interview yesterday.

The proposal is currently at the office of BIR Commissioner Cesar Dulay. Once approved, it will be forwarded to the secretary of the Department of Finance (DOF) for final approval. Afterwards, it will be published in a newspaper of general circulation before its actual implementation.

BIR said that public hearings were done last year. And while there were expected objections, Mandajoyan-Dizon said they tried to convince them that the revision is necessary and that they hired real estate appraisers to do the revision.

Anthony Leuterio, president and CEO of Leuterio Realty and Brokerage, said the increase in zonal values are two sides of the same coin.

Leuterio, who is the number one real estate broker in the Philippines and operates Filipino Homes with over 13,000 property brokers and agents nationwide, said the revised zonal value will reflect “the real value (of properties) which for more than a decade has never been changed.”

However, this also spells a disadvantage on the part of lot buyers because lot owners or sellers will tend to increase prices because they can now compare old and new rates.

But Leuterio, who has offices in key cities in Visayas and Mindanao, said it will not be hard to sell Cebu properties to investors because Cebu is a premium and sought-after location for many investors.

“Cebu is a one-of-a-kind location. Despite the traffic, people still want to be in Cebu. It is a premium location,” he said.

In a previous interview, Leuterio said Cebu is attractive to investors because of its location as the gateway and hub for other cities in the Visayas and Mindanao, its pool of talented and educated workers and its vibrant cosmopolitan and tourism sectors.

The increase in zonal valuation of land is expected to bring in more revenues for the BIR in the form of capital gains tax (CGT), documentary stamp tax, and estate and donor’s tax which come from one time transactions or sales on properties.

For 2017, the BIR failed to reach its target revenue collection of P29.4 billion, collecting only P27.5 billion from January to December last year.

This is expected to worsen with the implementation of the new Tax Reform for Acceleration and Inclusion (Train) law which will decrease the bureau’s collection on personal income tax.

Under the Train law, workers who have an annual salary of P250,000 or less will not have to pay personal income tax anymore.

Income tax from workers and corporations is the highest revenue contributor of the BIR-13, which covers the islands of Cebu and Bohol, comprising 65 percent of their total revenue collections.

Income tax from corporations is higher than personal income tax revenues though.

For 2017, the BIR-13 collected a total of P187 million income from the tax of individuals based on pure compensation. They also collected another P5.5 billion on withholding tax on wages.

“These two items will be most affected by the Train law,” Mandajoyan-Dizon said.

On the other hand, the BIR-13 collected a total of P3 billion on CGT from one time transactions in 2017. This is where the bureau expects to be able to collect more with the zonal value revision.

“We are happy because at least with the implementation of the Train which will tremendously reduce our collection on personal income tax, we can still collect more from one time transaction taxes,” Mandajoyan-Dizon said.

“Considering that Cebu has a real estate boom as of this time, it’s very timely that we revise our zonal values for the entire island,” she added.

According to Mandajoyan-Dizon, the revision of the zonal values entailed very tedious work as the values would have to depend on classification, like residential, agricultural, institutional or commercial, as well as the actual location down to the last barangay.

On average, she said the increase in value is three times that of the current value. However, there are areas that have an increase of only twice, while some have increased up to five times, depending on their classification and location.

These taxes are paid by the seller or the buyer, depending on their agreement or contract, at one time only during the sale.

This means that if a property will have a higher zonal value, the BIR will be able to collect higher taxes.

Aside from the CGT and documentary stamp tax, the BIR will also benefit from higher collection of estate and donor’s tax when properties are inherited by the heirs upon the death of the owner. The amount is bracketed, according to Mandajoyan-Dizon.

The increase in zonal value is expected to affect sellers of property like real estate developers, condominium sellers and subdivisions.

“Everyone who is selling real property regardless of purpose and classification,” Mandajoyan-Dizon added.

Aside from the BIR, local government units (LGUs) where the sold properties are located are also expected to benefit from the increased zonal values.

Upon sale, the seller will have to pay a transfer tax to the local government unit concerned. This is one-half of one percent of the zonal value or selling price of the property, whichever is higher.

But Mandajoyan-Dizon clarified that once their new zonal values are implemented, this would not necessarily be reflected in the zonal values of LGUs as they also have their own values.

“Although the LGU can also copy our valuation as their basis. But they have to have their own and that should be covered by a local ordinance,” she said.