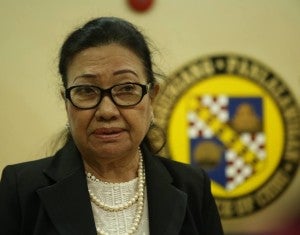 Cebu-based tour operators have little to zero information when it comes to tour packages in the province set up by their counterparts in Manila or in other parts of the country.

Alice Queblatin, president of the Cebu Alliance of Tour Operations Specialists (Catos) admitted this in response to the Jan. 20 road accident that claimed the lives of seven Filipino-American medical missionaries in Alegria town.

“It would be ideal if any tour groups outside Cebu would coordinate with Catos so that there would be a third party to monitor and control (tourist groups),” Queblatin said in yesterday’s Provincial Board (PB) inquiry on the incident.

Also in attendance during yesterday’s inquiry were Joshly Pangatungan of Inner J Tourist Transport, Gene Velasquez of Mango Tours and Travel Inc. and police officers of the Alegria police precinct.

Pangatungan confirmed that van driver Gilbert dela Cruz, who fetched the medical missionaries from Oslob town and caused the fatal accident after he fell asleep on the wheel and slammed the vehicle onto a tree, was attached to them.

“The van is owned by Gilbert. He only attached it to our franchise upon the request of a mutual friend. You cannot register for a franchise if you only have one unit. We have no control of the bookings he was receiving,” Pangatungan said.

Pangatungan said while dela Cruz’s Toyota Grandia van has DOT stickers on its windshield and back, the license plate used classified the vehicle as privately-owned.

He told the PB that they are working to have dela Cruz’s vehicle registered with the DOT.

Queblatin said they “don’t have a hold on Mango Tours” in relation to the January tour package availed of by the medical missionaries.

“Tours in Cebu should ideally (be coordinated) with us. We have the capacity to provide the right drivers, and (scrutinize) them to ensure that they are fit and presentable to drive. We can provide constant contact with our guests,” Queblatin said.

She said they invited dela Cruz to explain his side.

But dela Cruz declined saying he is busy looking for a lawyer to represent him in the case filed against him by the families of the victims.

Magpale said the PB inquiry will provide inputs into strengthening safety measures for tourists visiting Cebu which may include amending the Provincial Tourism Code.

Read Next
Keep kids away from gang leader, parents told