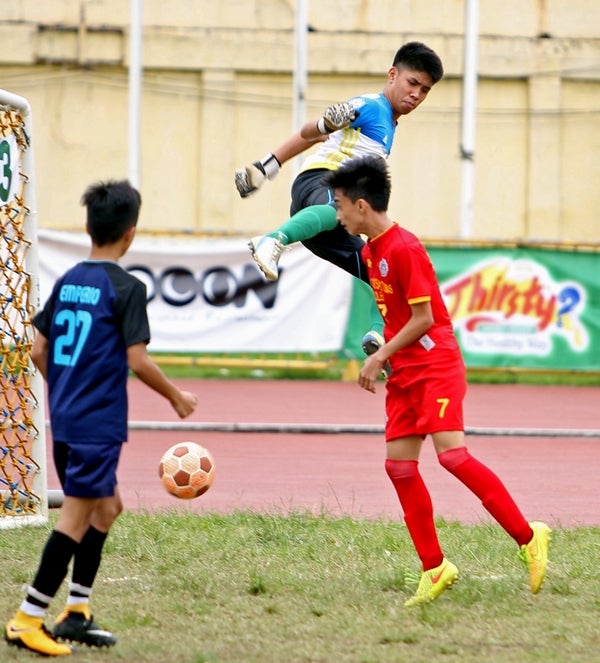 Out of town teams dominated the second and third days of competition in the ongoing 15th Thirsty Football Cup, led by Team USA of San Carlos City, Negros Oriental, which copped on Sunday evening the Women’s Open title with a goal in the dying seconds of their match against Chicos United A at the Cebu City Sports Center.

Team USA had dominated the game with its numerous attempts at scoring that kept Chicos United A busy on the defensive end and only managing a few counter attacks.

Tenelyn Otom, who was chosen as the Most Valuable Player (MVP), eventually found the back of the net with a few seconds left in the match.

Team USA advanced to the finals with a 2-1 edging of Iligan FC while Chicos United A had to go through a penalty shootout against the University of San Carlos before prevailing, 6-5.

Other visiting teams who went home with the titles in their respective divisions were Iligan FC, Ilonggo Young Booters, CDO United and Tamasak.

Iligan FC copped the Girls’ Under 19 title with a 3-1 outsmarting of San Juan FC of Iloilo.

They clinched their semifinals ticket at the expense of Lions FC, whom they beat via a penalty shootout, 3-2.

Regulation ended in a scoreless draw.

In the Boys U17, the Ilonggo Young Booters B squeaked past Bright Academy A, 1-0, to bring home the title. Named MVP was Roque Empleo.

The Boys U15 title went to CDO United, who prevailed in a penalty shootout against CST-R, 3-2, also following a 0-0 regulation.

Lyle Dy was honored with the MVP award.

The Boys U13 title was clinched by Tamasak of Barotac Nuevo following a 1-0 edging of CDO B.

The Men’s Open category was still ongoing as of presstime.