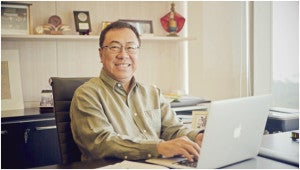 Homegrown developer Cebu Landmasters Inc. (CLI) is replicating its housing successes in Cebu as it expands and brings P3.54 billion worth of fresh residential inventory to the Visayas with the launch of two new projects targeting the middle-income and economic housing markets in this area.

“We’re seeing a lot of economic growth in the South and where there is growth, demand for housing follows especially among the emerging middle class. We are now replicating our housing successes in Cebu in other cities in the Visayas with relative ease given our strong relationships in the area and keen understanding of the market,” said Jose Soberano III, CLI president and chief executive officer on Monday.

The first project is residential condominium development, MesaVirre Garden Residences, which will make available 1,072 units ranging from 22 to 40 square meters. Located in the heart of the city designed to appeal to business process outsourcing (BPO) employees and other office workers and overseas Filipinos, this new project will have three buildings and a combined sales value of P2.63 billion. This marks CLI’s debut in Bacolod City.

The first two towers of Mesavirre are targeted for completion by the fourth quarter of 2020.

The second project, Casa Mira Coast in Sibulan, offers 543 economic townhouse units sized at 38 to 58 square meters in an area easily accessible to Dumaguete City, also an emerging BPO hub and growth center. Total sales value of this project, which offers units priced at P1.4 million to P2.2 million, is P908 million. The project is expected to be completed by 2020.

The project in Bacolod is the fifth in CLI’s mid-market “Garden series” that offers residential condominiums with generous amenities and open spaces that appeal to employees and other urban dwellers. In 2016, MiVesa Garden Residences was Cebu’s fastest selling residential condominium development, according to a CBRE study. Other locations in the series are in Cebu City, Cagayan de Oro and Davao City.

Casa Mira, on the other hand, is CLI’s economic housing brand that pitches more space and more amenities for the Filipino family. The brand is present in various locations in Cebu: Naga, Talisay, Guadalupe and Labangon.

Read Next
Retailers should to new technology to compete — exec