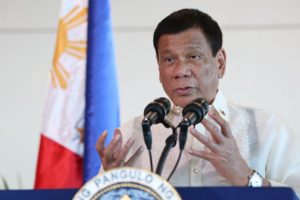 LABOR groups in Cebu are calling on President Rodrigo Duterte to sign the proposed Executive Order ending contractualization or the end of contract scheme.

The call was made during their protest rally in front of the Department of Labor and Employment in Central Visayas (DOLE-7) on Monday.

Art Barrit, spokesperson of Associated Labor Unions- Trade Union Congress of the Philippines (ALU-TUCP), said they staged a rally to put pressure on President Rodrigo Duterte, who asked to study the proposed EO until March 15.

About a hundred members of the ALU-TUCP, Partido Manggagawa and Sentro, who are all from the Nagkaisa Coalition.

However, Dole-7 Director Cyril Ticao said they are waiting for the mandate from the higher authority.

“Sa amin, whatever order coming from the higher ups, we will just implement them,” Ticao said.

Despite the proposed EO not being finalized yet, Ticao said that some employers in the region had already regularized their workers.

“There are some who volunteered na i-regular ang mga workers nila (to regularize their workers),” he said.

For this year, he said the DOLE-7 are targeting that at least 21,000 contractual employees in the region will be regularized.

Last year, the DOLE-7’s target was 6,000 workers, who have secured a regular position in their respective companies.

Ticao said it would benefit 21 associations in the city, which would include farmers, fishermen and women’s groups.

Read Next
Visayas expansion gets boost