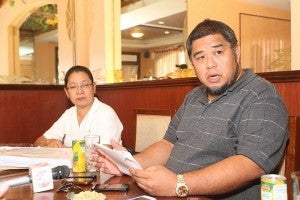 Ian Christopher Escario will continue to sit as mayor of Bantayan town, Cebu, as the petition for quo warranto filed against him was dismissed.

Escario prayed for the dismissal of the quo warranto petition initiated by Vice Mayor Antonio Montemar.

On May 2017, Escario assumed as mayor after the Commission on Elections (COMELEC) ordered the disqualification of elected mayor Arthur Despi over a technicality in his certificate of nomination and acceptance (Cona).

Montemar, who filed the dismissed petition, alleged that he has the clear and unmistakable right, being the elected vice mayor, to be the mayor of Bantayan after Despi was disqualified.

The court order emphasized that the duly elected mayor of Bantayan is Escario, and the COMELEC’s disqualification of Despi resulted to the cancellation of his Certificate of Candidacy (COC).

Sought for comment, Escario said he is thankful with the release of the court order and assured that he will concentrate on his work as mayor.

“It is time to heal wounds. Without unity, there won’t be progress in Bantayan,” Escario said.

Read Next
Man arrested for trying to bribe police in Badian