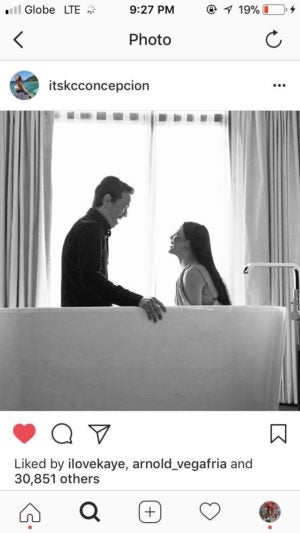 KC Concepcion is an example that not everyone who goes through a breakup should be bitter.

In an Instagram post on Thursday evening, Concepcion confirmed that her relationship with former Azkals team captain Aly Borromeo has ended.

“If the stars choose to align us together again in the future, then why not? Who knows what will happen then. Timing is everything. As for me, I’ve decided to fully support him at the same time move on and spread my wings,” the 33-year old actress captioned the photo.

To recall, there were rumors last month that their relationship was on the rocks.

Concepcion and Borromeo’s relationship was confirmed in 2016.

Concepcion is the daughter of Sharon Cuneta and Gabby Concepcion.