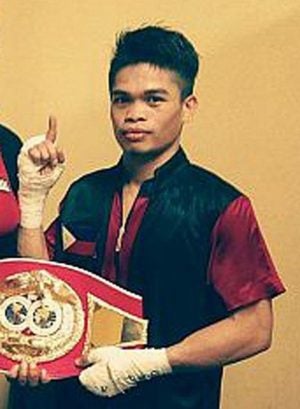 Sultan’s camp, the ALA Promotions International headed by his promoter CEO Michael Aldeguer, and Ancajas’ camp, headed by his trainer and promoter Joven Jimenez and Gibbons, reached a deal earlier this week.

It is been 93 years since Filipinos saw compatriots battle for a world title. The first one was between the world flyweight title showdown between champion Pancho Villa and Clever Sencio, where the former won by a 15-round unanimous decision held in Wallace Field in Manila.

A match featuring two Filipino boxers is a big deal for many Filipino boxing fans and experts since some find consider it unhealthy for the country’s boxing scene, especially since there are only two existing Filipino boxing world champions left in Ancajas and Sultan’s stablemate in the ALA Boxing Gym, the reigning three-division world champion and IBF world flyweight king Donnie Nietes.

The fight is expected to be a tight one as both boxers are 26 years old and from Mindanao. Sultan is a native of Tampilisan, Zamboanga del Norte while Ancajas is from Panabo City, Davao del Norte.

Sultan holds a record of 14 wins (nine knockouts), three defeats and no draws while Ancajas has 29 wins (20 KOs), one defeat, and one draw.