No corruption in Dengvaxia program–Garin 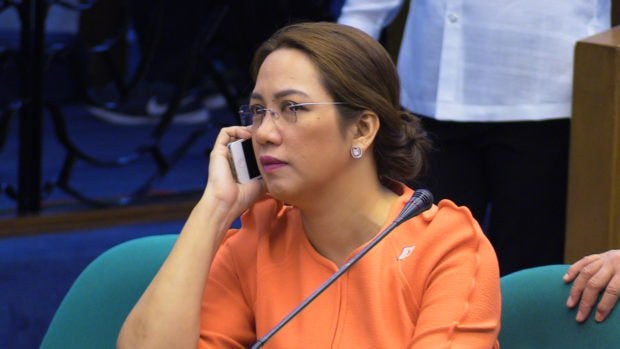 Former Health Secretary Janette Garin on Thursday dismissed anew the corruption allegations being hurled against her and the Aquino administration, claiming that the P3 billion dengue immunization program was implemented in good faith.

“We implemented a program which was very much needed at that time to avert an epidemic and address an urgent public health threat posed by dengue, which has no available cure except vaccine protection,” Garin said in a text message to INQUIRER.net.

“There was no corruption involved and everything was above board. The DOH (Department of Health) should not be faulted for its timely and responsive intervention,” she added.

Garin also pointed out that the World Health Organization (WHO) “gave its imprimatur” for the use of the Dengvaxia, and that the department religiously “followed the WHO guidelines.”

The former DOH secretary issued the statement in response to Senator JV Ejercito’s pronouncement that she and former Budget Secretary Florencio Abad were the “principal conspirators in the anomalous procurement and questionable implementation” of the botched Dengvaxia mass vaccination drive.

The report recommended that former President Benigno Aquino III, Garin, Abad, and other former officials be charged for violating among others, the Anti-Graft and Corrupt Practices Act and the Code of Conduct and Ethical Standards for Public Officials and Employees.

The draft report also recommended the filing of case against Sanofi for violating provisions of the Civil Code on Quasi-delicts.

Gordon is set to submit the report to the committee members for signature before presenting it to the plenary for approval.