How to make tourists stay longer in Cebu 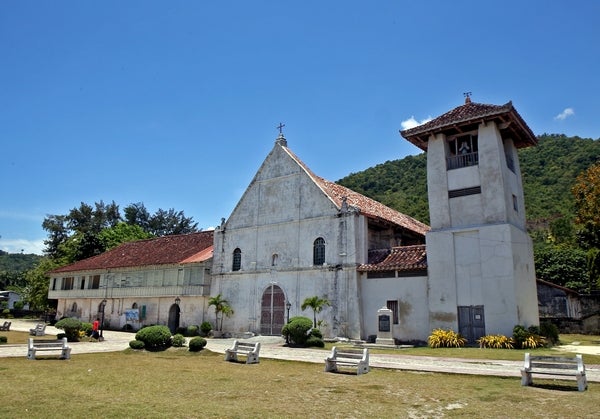 Strengthening our heritage tours by including visits in churches, especially in the south of Cebu, is a way to make tourists stay longer in Cebu. CDN FILE PHOTO

More than a beach destination, tourists should explore Cebu for its many other tourist sites and tour packages, tourism industry experts said.

“It’s not difficult to bring tourists in. But we have to give them a bigger coverage in terms of experience. We have to strengthen the other components of Cebu’s image like heritage, walking tours, pilgrimages, countryside and cultural tours,” she said.

Queblatin highlighted the need for stakeholders to innovate on its tourism offering considering the continued growth of the tourism industry in Cebu and the rest of Central Visayas.

Among these offerings are the old churches especially in the south of Cebu. At the same time, strengthening other beach destinations like Malapascua, Bantayan Island, and the Camotes Islands.

The Department of Tourism (DOT) 7 has reported that a total of 6.9 million tourists visited the region for the entire year 2017. This is around a million higher than the 5.95 million tourists recorded in 2016.

Cebu continues to be the region’s top tourist magnet with a total of 4.88 million visitors both domestic and foreign last year.

It is followed by Chinese tourists who are now at second place with 429,306 tourists, displacing the Japanese market which used to be second and is now at third place with 408,566 tourists in 2017.

All these top tourist markets recorded an increase of between 6.26 percent to as much as 75.28 percent compared to arrivals in 2016,

“We cannot reinvent the wheel. Cebu is really a beach destination. Let’s look at the top markets, all of them come for the beach. But we have to let them stay longer to make them experience what it is to be in the Philippines and in Cebu,” Queblatin said.

Apart from heritage tours, CATOS is also promoting culinary tours and food tours to their guests.

For example, they show them how lechon is made to gain their interest or show them how the hablon in Argao is made aside from just visiting the churches.

For his part, DOT-7 Regional Director Shalimar Tamano said they are optimistic that Cebu’s tourism industry will continue to propel the economy.

“It’s obvious in the figures that Central Visayas and Cebu is one of the main drivers of tourism in the country which means Cebu has been doing good,” he said.

Tamano also highlighted the wide variety of sites and experiences that Cebu can offer to tourists.

He said from beaches, to cultural tours, old churches, parks, and the countryside, it is not difficult to market Cebu to more tourists.

“Our focus this year are three things: security, safety, and cleanliness. We are confident that our tourists will continue to come and enjoy. What we have to do is ensure their safety. A happy tourist is one who arrives home safe and sound. So we will focus on that,” he added.

This is why the tourism official, who was only appointed to the post last January, has been meeting with the police, military, local government and other stakeholders all over the different provinces in the region.

Based on initial estimates of the DOT-7, Central Visayas has recorded a total of P28.5 billion in tourism receipts.

Of the amount, P21.2 billion is attributed to foreign tourists who spend an average of P4,867 as daily expenditures.

On the other hand, domestic tourists were seen to have contributed around P7.3 billion to the tourism industry last year based on an average daily spending of P1,200.

The DOT-7 clarified though that these numbers are just based on their initial estimates and may not exactly reflect the data that will be submitted to the National Economic and Development Authority (NEDA) 7.

Read Next
Coach to teach children art of business