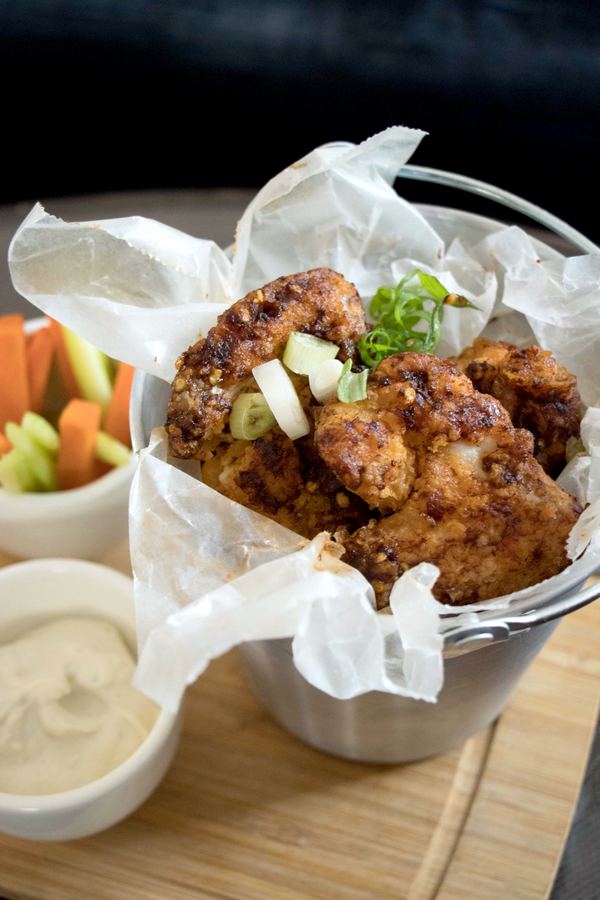 A German national who hails from Sieberg, Southwest of Germany, he considers himself a global citizen, having spent 25 years in the hotel industry in
Europe and Asia. Like any typical hotelier, his career started at the lowest rank as dishwasher and all-around person in a small family hotel in Sieberg.

He worked his way up as F & B Manager and eventually as General Manager of Westin in Warsaw, Sheraton in Albania and Bulgaria, Keraton at the Plaza in Kuala Lumpur, Malaysia and Jakarta, Indonesia.

This is his first post in a Radisson property, bringing him for the first time in Manila and Cebu.

GM Stephan joins another German in Radisson Blu Cebu, Executive Chef Roberto Kunitz, whose lives were intertwined in their hometown in Sieberg.

Stephan’s dad is a doctor who was the Kunitz’s family physician. This Master Chef has garnered several international awards. He has deeply rooted culinary skills since his parents were seasoned cooks.

Unlike his buddy Stephan, Chef Roberto is married to a lady from Baguio City and has quickly adapted to the Filipino culture. 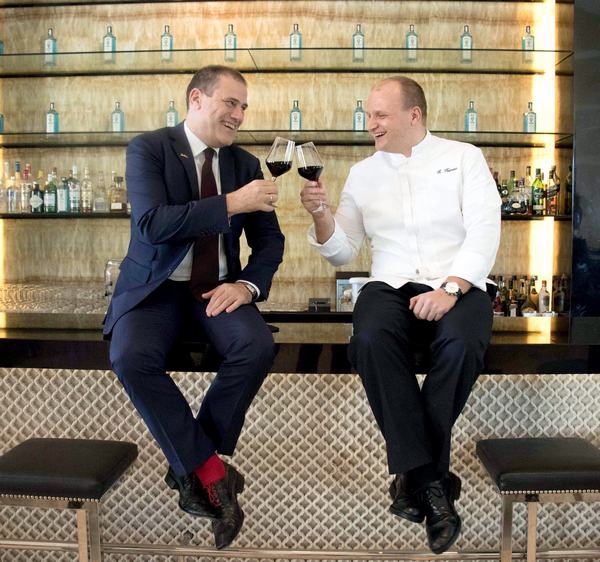 He is guided by his philosophy “respect for ingredients” and credits his Radisson Blu Cebu culinary team for the popularity of Feria and all the different F & B outlets.

Area Marketing Director Ann Olalo and her team welcomed and introduced the new General Manage Stephan Sieger and his lovely wife Stephanie at an intimate cocktail at The Presidential Suite of Radisson Blu Cebu.

The charming couple easily captivated us, relating their experiences as they moved from one country to another.

They have a son who joined them in Cebu briefly before heading back to Europe for his college education.

Food attendants who took our orders for drinks and passed around hors d’oeuvres unobtrusively hovered while we were enjoying interesting conversations with the first couple of Radisson Blu Cebu.

And to spice up the evening, Marketing Communications Manager Lara Naomi Agua conducted an interesting game “Never Have I Ever” that really brought out our honesty, embarrassing at times in admitting our follies.

An elegant cocktail spread was a delicious surprise where we enjoyed an assortment of finger foods. 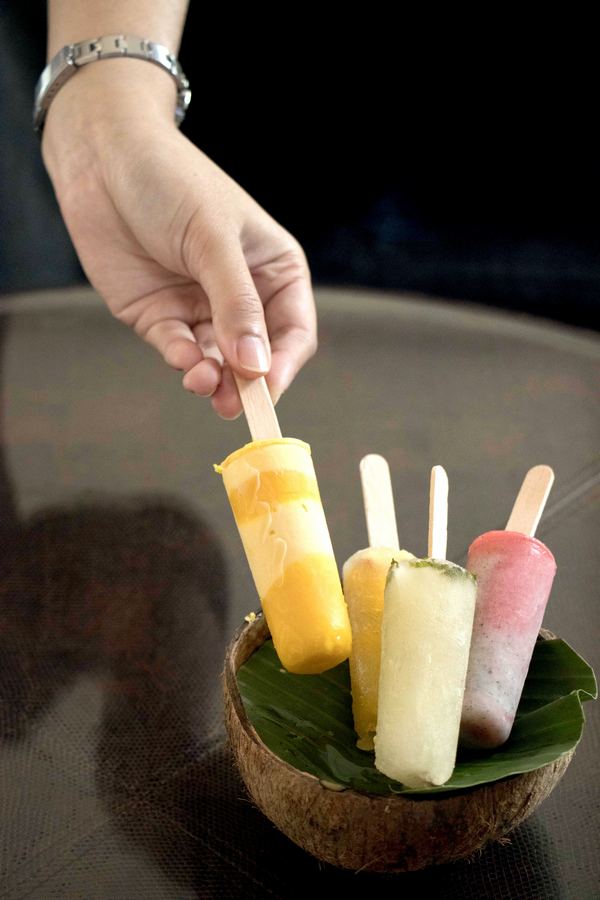 The Japanese Beef Tataki was dainty, seared thin slices of beef flavored with spices wrapped in thin crepe and tied with chives.

I enjoyed the signature creation of Chef Roberto—Lechon Wrap, minced lechon meat with lettuce and ginger wrapped in tortilla.

The Prawn Popcorn was delicately crunchy with diced prawns coated with prawn cracker with salted egg and garlic chips.

To sweeten my palates I had Grand Marnier and Dark Chocolate Baba.

And true to German tradition, GM Stephan personally handed out a small box of Berliner or “Pfannkuchen,” a German pastry similar to doughnut but without a central hole made from sweet yeast dough fried in oil with marmalade or jam filling and dusted with powdered or conventional sugar.