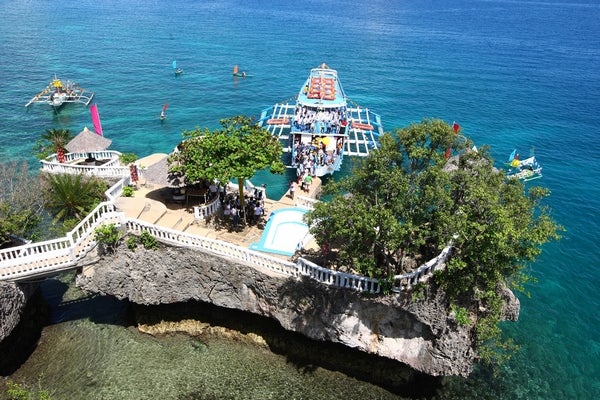 Oslob town, which is famous for its whalesharks, may not be the only coastal town where illegal structures are built within the 20-meter easement zone.

The Office of the Presidential Assistant for the Visayas (OPAV), together with the Department of Tourism – 7 (DOT – 7) and the Department of Environment and Natural Resources – 7 (DENR – 7), will visit the islands of Bantayan and Camotes this month to inspect resorts and establishments by the sea.

In a phone interview, Jonjie Gonzales, OPAV chief of staff, told Cebu Daily News that aside from Bantayan and Camotes Islands, they will also visit Siquijor Island. They are just finalizing their schedules.

He said OPAV Secretary Michael Dino will meet the local government officials of Bantayan, Camotes and Siquijor Islands next week before proceeding with the inspection.

“We will be accompanied by Lt. Gen. Paul Atal of Centcom (Armed Forces of the Philippines- Central Command) because we want to make sure our tourism assets as well as our guests are secure since Visayas is practically the tourism capital of the Philippines,” Gonzales added.

They found out that of the 47 establishments built along the shore, 34 had no wastewater discharge permits. These were mostly small resorts.

Dino has been reiterating his calls for stakeholders in Oslob and other places in Cebu to comply with environmental standards or face the same fate as that of Boracay.

Officer Joselito “Boboi” Costas was not surprised by the recent findings of the different government agencies.

Costas said they inspected establishments in Oslob town in September 2017, together with the town’s sanitary inspector and tourism officers and gave recommendations to the local government unit (LGU) of Oslob to correct the mistakes.

Costas said they discovered that about 76 percent of business establishments, such as accommodations and restaurants, did not secure sanitary permits, while 19 percent did not have business permits.

One of their suggestions was to put a carrying capacity in Sumilon Island’s sandbar, in which the local officials will allow only 522 visitors per day.

“The Cebu Provincial Government has always been proactive in making Cebu a sustainable tourist destination,” he added.

However, Nestor Canda, DENR – Task Force Foreshore Area Management coordinator, told CDN in a separate interview that they still need to conduct another inspection on establishments in Oslob that have allegedly violated the desired easement zone.

Canda said they will deploy a team to check and measure establishments who initially violated the 20-meter easement zones.

Read Next
Envt’l police needed for Malapascua vs abusive tourists