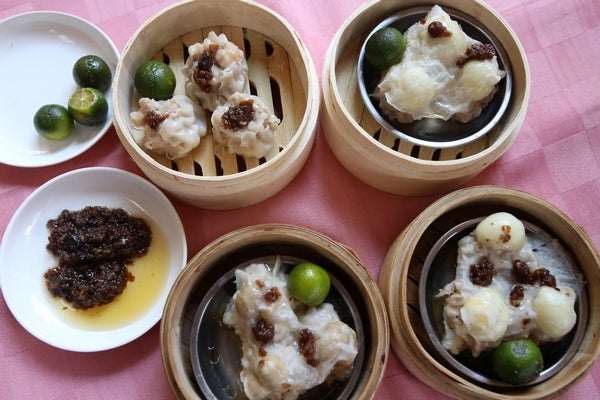 Different takes on the delicious Chinese dumpling: with shrimp, quail egg or mushroom can be enjoyed without damaging your budget.

Eversince high school, Faith Anne Kristie Aragon has mastered the art of budgeting a P50 allowance per day for her lunch and snacks.

But if there is one place in Cebu City that she would frequent for a variety of affordable food, it would be Barangay Tisa.

“My school back then was just a short distance away from Tisa, where you can find more food aside from their popular siomai,” said Faith.

Now a 21-year-old fresh college graduate and a freelance video editor, she continues to stick to her budget by going back to Tisa where, she attests, P50 was still enough to fill an empty stomach after a hard day’s work.

“I would keep going back not only for their famous siomai; but also, for their other affordable food such as scrambled eggs and batchoy,” she said. 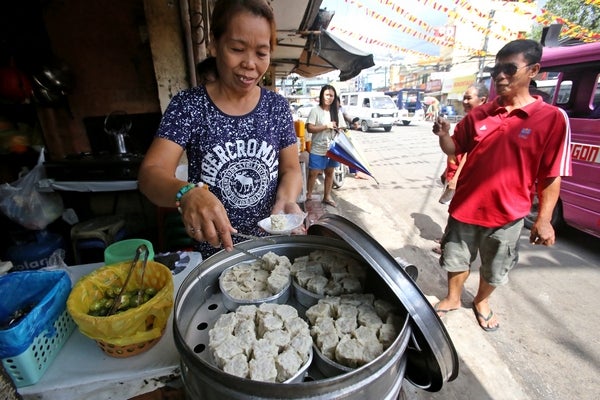 Across Cebu, Barangay Tisa which has over 30,000 residents, has gained popularity for starting what others call a “siomai-madness”.

The village, located in Cebu City’s south district, celebrates an annual feast featuring the famous Chinese dumpling which appears to have been mastered by a bunch of Tisa residents.

But beyond siomai, street food patrons like Faith have witnessed an emerging street food culture in Tisa over the years.

Aside from an array of big, steel steamers where “Siomai sa Tisa” is cooked and displayed, Katipunan Street in the village is now dotted with food stalls offering more food choices.

Puso (hanging rice), an ubiquitous part of Cebuano culture, dangles in all corners of the food strip.

On one side of the busy street, Japanese-style fried rice, Korean fried chicken, and tacos are sold for as low as P60; while on the other side, crowds flock to halo-halo and milk tea shops to beat the heat.

“You can drop by here anytime of the day – whether it’s early in the morning or late in the night,” said Faith.

The street draws people from all walks of life sharing a common ground: affordable food.

For 75-year-old Nicolasa Inesola, Tisa’s Katipunan Street is where she has earned a living selling puto (rice cakes) for over 30 years.

“Nang Nicolasa” wakes up in the wee hours of the morning to prepare the famous Filipino snack, and sets up her stall as early as 5 a.m.

From selling around 100 pieces of puto a day, Nicolasa’s family business has expanded in the last three years to include a small restaurant or carenderia run by her daughter, Patricia.

The Inesolas hail from Pinamungajan town in southwestern Cebu, but they have lived in Barangay Tisa since the 1980s to eventually set-up their food business.

For barangay captain Philip Zafra, Tisa has been more than just a favorite hangout for budget conscious people going on a food trip.

Through the years, the village has transformed into a bustling center for Micro, Small and Medium Enterprises (MSMEs).

“We are so grateful for the people who come over to Barangay Tisa to patronize the food,” said Zafra.

According to the village chief, people feel safe in the barangay — one of the reasons why the street food culture in Tisa has flourished.

The 44-year-old Zafra who earned a second term as barangay captain in the last barangay elections revealed plans of putting up a common-place for stall owners and street food vendors where all MSMEs can be located.

“It’s part of our ambition to have Tisa as being more than the siomai capital of Cebu City. We want to be the next street food capital in Cebu City,” said Zafra.

Read Next
Dinos brought to life in stunning fashion