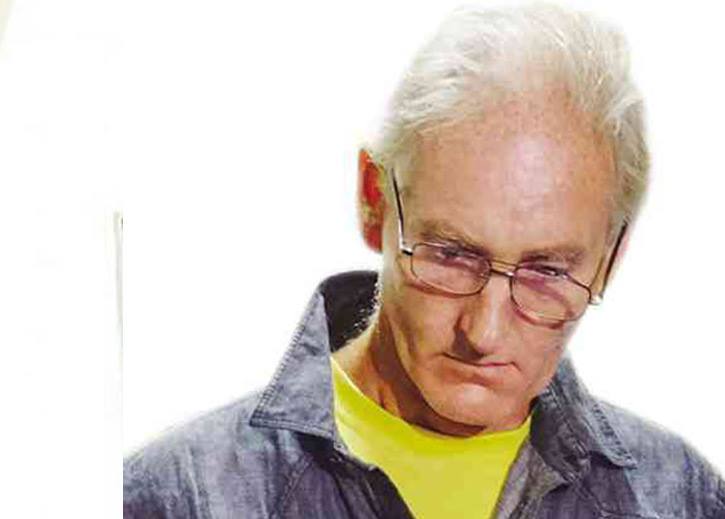 The cases against Liezyl Margallo, who was arrested in Cebu and described by authorities as ‘savage girl,’ are still pending.

A notorious child trafficker who ran a gruesome international cyberpornography trade from the Philippines will spend the rest of his life in jail.

Peter Gerard Scully, an Australian, and his erstwhile Filipino partner, were found guilty by a court in Cagayan de Oro City on Wednesday for forcing children to perform appalling sexual acts and torturing them while taking videos of the ordeal.

The 55-year-old foreigner was meted a life imprisonment for qualified trafficking. He also got an additional six years to nine years and 11 months for five counts of rape by sexual abuse.

Judge Jose Escobido of the Regional Trial Court Branch 37 in Cagayan de Oro gave credence to the testimonies of the two victims who managed to escape from the rented house of Scully in the same city in 2014.

“This is a very positive development and it sends a strong message to the public in general that our laws do not look kindly on human traffickers,” she told Cebu Daily News over the phone. Scully, who appeared calm during the promulgation, did not issue any statement, she said.

He and his other partner, Liezyl Margallo, are still facing at least 50 other qualified trafficking cases in Cagayan de Oro, Bukidnon and Surigao.

While most of the victims are from Mindanao, investigators said it was possible that Scully and his cohorts also victimized minors in Cebu and other parts of the country.

“It’s possible that there are also other minors who fell prey to Scully in other parts of the country, including Cebu,” Uy said.

Margallo, who was described by authorities as the “savage girl,” was arrested by agents of the National Bureau of Investigation (NBI) while she was strolling along the shoreline of Malapascua Island off the mainland northern Cebu town of Daanbantayan in January 2017.

Margallo was later transferred to the Cagayan de Oro City Jail where she remains detained to this day for the still unresolved child trafficking cases filed against her.

Scully, Margallo and Alvarez reportedly conspired in enticing poor kids to go with them. A video provided by the Dutch police showed a naked 1-year-old girl who was hung upside down with her hands tied and legs drawn apart.

The girl, known in the video as “Daisy,” was crying nonstop while being tortured and sexually assaulted by a masked older girl later identified as Margallo.

The attacker on the video repeatedly whipped the toddler with a belt, placed a duct tape on her lips to silence her cries and dropped hot wax from a melted candle on her private parts.

The film clip, described by the NBI as the “worst video” they have seen in their years of campaign against child pornography, used at least nine children, including a 12-year-old girl, whose remains were exhumed in Scully’s apartment in Villa Corito, Surigao City.

Non-governmental organizations such as  Bantay Kaso (Kagay-anongs Against Sex Offenders) are closely monitoring all cases filed against Scully and his cohorts.

Uy said the two victims aged 10 and 13 had a very detailed narration of the ordeal they suffered under the hands of Scully when they were detained inside the foreigner’s rented house in Cagayan de Oro from September 19 to 23, 2014.

“They were sexually abused, bound by chains, and were even made to dig their own graves. They were supposed to be killed after the abuse. The good thing was when Scully and Alvarez went out of the house for an errand, these two kids managed to escape and immediately reported what happened to the police,” she said.

A thorough investigation led to the arrest of Alvarez who told the police about Scully’s identity.

Scully was subsequently arrested by the NBI in Malaybalay, Bukidnon in February 2015 and is currently detained at the jail facility in Cagayan de Oro City.

Uy said eight other victims of Scully, aged 1 to 12 years old, were rescued in 2015 and are currently under the custody of the Department of Social Welfare and Development (DSWD)

A number of controversial videos uploaded on the internet by Scully sparked a global manhunt for the video producer.

Earlier, Scully was under investigation by the Australian Securities and Investment Commission for defrauding more than $2.68 million from 20 investors in an investment scheme.

Scully, a father of two, slipped out of Melbourne and fled to Manila in 2011 where he allegedly established a lucrative business by videotaping lewd actions of minors.

Lawyer Janet Francisco, head of the NBI Anti-Human Trafficking Division (AHTRAD), said Scully would cater to clients, mostly child predators, from across the globe, who paid for live stream videos of children being tortured and sexually abused. The fee for every transaction was US$10,000.

With the use of a laptop, Scully and his cohorts filmed the videos, featuring young girls who were lured with promises of money and comfortable lives.

Scully was quoted in an Australian TV interview as saying that he was not afraid to languish in jail.

“If I get sentenced, I get sentenced. That is something out of my control … There is nothing I can do about it, so why worry about it?” Scully said in an interview with Tara Brown of 60 Minutes, a current affairs program in Australia.

Francisco said the NBI continues to locate other possible members of Scully’s group whose sadistic and pornographic videos are being financed by a worldwide syndicate with members coming from Brazil,  Germany and the United Kingdom.

Judge Escobido has ordered the Philippine National Police to go after those people who continue to disseminate the videos showing Scully’s victims.

“There’s no let up in our campaign to prevent, if not eliminate, human trafficking in all regions in the country. And we shall continue to actively prosecute cases against Scully,” she said.