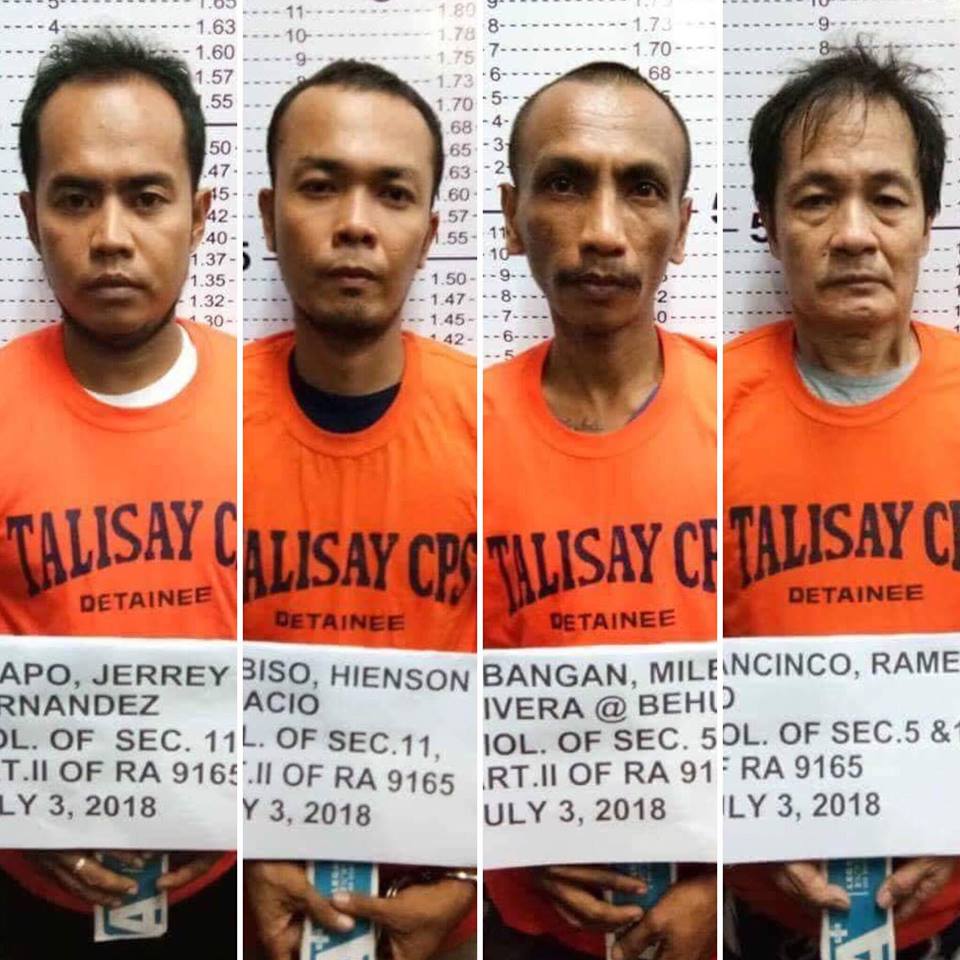 More than P300,000 worth of illegal drugs were confiscated from four drug peddlers during a drug bust in Barangay Bulacao, Talisay City on Tuesday morning, July 3.

Seized from them were 48 small sachets and eight medium-sized of suspected shabu from the suspects all worth P311,000.

Suspects are now detained at Talisay Police precinct pending the filing of charges against him.