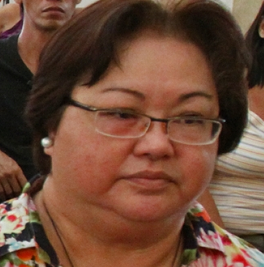 Twenty one years after losing her daughters Marijoy and Jacqueline, Thelma Chiong wants everyone to know her side of the tragedy.

She invited everyone to watch the film “Jacqueline Comes Home” produced by Viva Films that will premiere in select theaters in Cebu at 7 p.m. today.

Chiong said the movie will answer questions the people may have on the disappearance of her daughters Marijoy and Jacqueline on July 16, 1997.

Chiong dismissed speculations that Jacqueline is still alive after photos of her daughter supposedly posing with the family surfaced online.

Chiong said the girl shown in the photos is Debbie, her youngest daughter, who is now happily married and a mother of one.

“Jacqueline should have been 44 years old by now. The girl in the pictures is too young to be Jacqueline,” she said in Cebuano.

The film “Jacqueline Comes Home” is being shown seven years after the release of the documentary “Give Up Tomorrow” that featured the story of Paco Larañaga, one of the seven major suspects in the rape and murder of the Chiong sisters.

The documentary also resurfaced on the internet recently and is being used as counterpoint by netizens to question “Jacqueline Comes Home.”

“What for? Why would they still release the documentary when all I wanted was for people to know where Jacqueline is. Let them see if Jacqueline have really come home,” Chiong said.

Chiong said 21 years after the tragedy she and her family still miss Marijoy and Jacqueline and they relive their memories of them by celebrating their birthdays and visiting them in their graves.

“I think I still have not found closure. Deep inside I am very lonely. I yearn for my children,” she said. /USJ-R Journalism Intern Delta Dyrecka Letigio