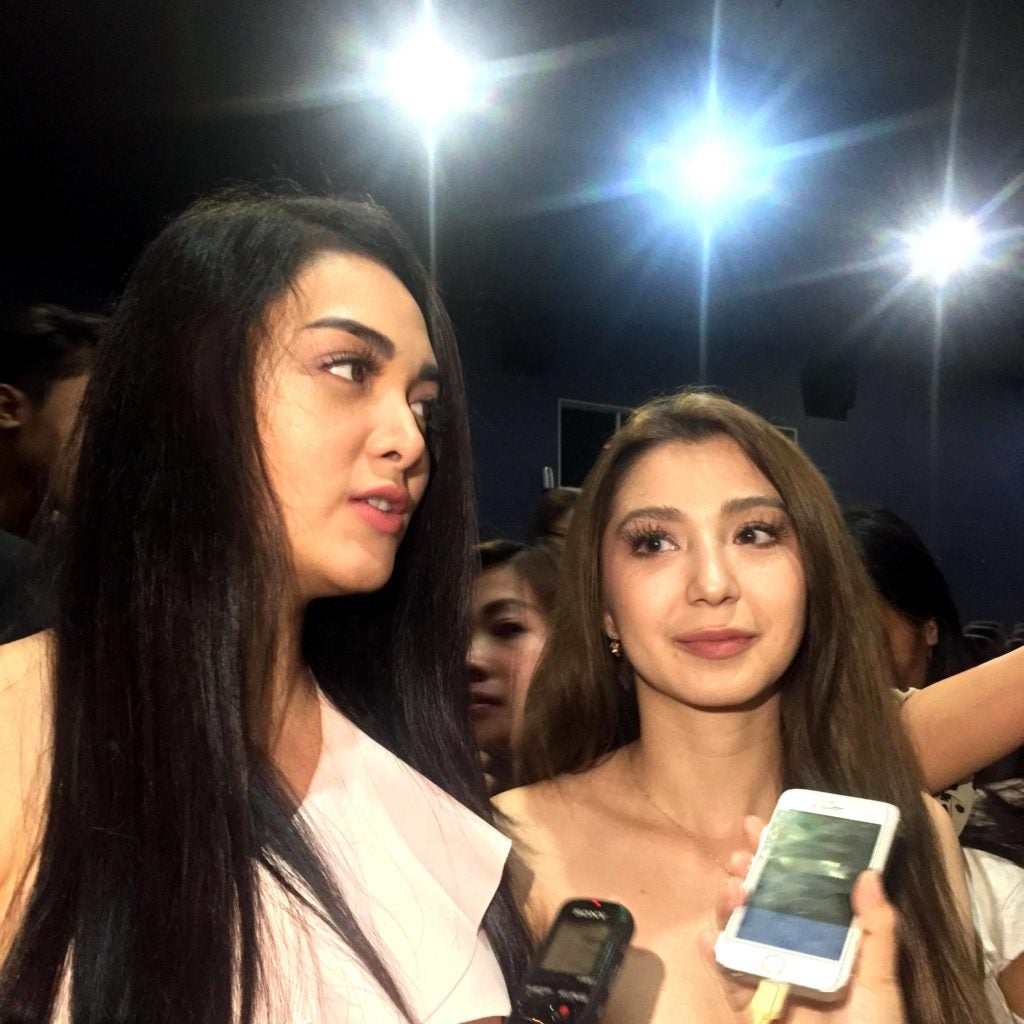 THE CHIONG murder case is said to be the most controversial case in Cebu from the time sisters Marijoy and Jacqueline allegedly were abducted, raped and murdered in
July 1997 up to the day when the seven suspects were convicted of murder and sentenced to death by lethal injection in February 2004.

A crime film based on the case, “Jacqueline Comes Home (The Chiong Story)” produced by Viva Films, premiered in cinemas nationwide yesterday.

As may be expected, its realease has sparked anew the controversy surrounding the case.

In an interview with Cebu entertainment reporters during the red carpet premiere Tuesday evening at Cinema 1 of SM City Cebu, the stars shared their thoughts about the project.

“Aside from the roles which challenged us, it is also a real story. It is very controversial. And iba yung naramdaman namin, merong sympathy sa nawalan ng anak. So parang kami, we want to spread awareness about sa situation nila,” Imperial told reporters.

In the film, Imperial plays elder sister Jacqueline, who remains missing to this day.

According to Imperial, they were dissuaded from contacting the Chiong family to inquire about Jacqueline and Marijoy.

“We are not allowed to interview the family. Based on what our director said—sila na yung mismo nag-ask about our characters. Nung ini-explain sa amin, doon kami nag-base,” she said.

She also revealed that in real life she has a sister named  “Marijoy.”

“So basically yun lang inisip ko na what if it happens to my sister? Whatwill I do?” she said.

For her part, Bartolome, who plays Marijoy, welcomed the role since most of the characters she played before were “pabebe” and “pa-tweetums.”

Also, it’s her first time to act in a rape scene.

“Jacqueline Comes Home” is the second film of Bartolome as lead star after “Cry No Fear,” which was released last month.

Both stars maintain that the film does not explicitly take sides amid the questions raised about the case.

When the project was offered to her, Bartolome said she did not immediately say yes.

“Kinausap ko po si direk Peach and direk Carlo first. They had to assure me na it is safe, and also kung hanggang saan kaya kong ibigay as an actress sa film na to. May rape dun, eh,” she added.

Eventually, she accepted the project expecting that she would learn from it and improve her craft.

“Of course na pre-pressure kami dahil during the shoot and after maraming nag-a-assume na we are biased. Madaming bashers and naging personal na. They attacked us personally,” Imperial revealed.

Even before the film showing, movie director Ysabelle Peach was already teary-eyed.

She said it was the dream of her late mother (Donna Villa) to produce a film about the Chiong sisters.

The young director said every time they passed by the ravine in Carcar where the body of Marijoy was found, her mother talked about the story of the Chiong sisters.

The director interestingly decided not to include names of the suspects in the movie. “Apart from creative liberties that we took, there is so much we can do as a filmmaker… I wanted to convey certain truths without getting banned,” Peach explained.

The 25-year-old director said that she wants to abide by the law. “I had certain limitations, but I am still able to leave cracks to let some light shine through and get you guys understand,” she said.

In real life, seven men were convicted for the 1997 Chiong sisters abduction, rape and murder.

Paco Osmeña Larrañaga and Josman Aznar, both from prominent families in Cebu, were among the convicts.

In 2008, Larrañaga was transferred to a penal facility in Madrid, Spain from the National Bilibid Prison under a new prisoner exhange treaty of Spain and the Philippines.

At the red carpet premiere, Thelma and Dionisio Chiong were present.

When the rape scene was being shown, Thelma broke into tears and was escorted by direk Peach outside the cinema.

“Pre-production I told her (Thelma), ‘To be able to bring people into the journey, I have to present the story the best way I can. But also keep it R-13,” she said.

“I sorry,Mrs. Chiong, if I had to bring you back to those places,” she said.