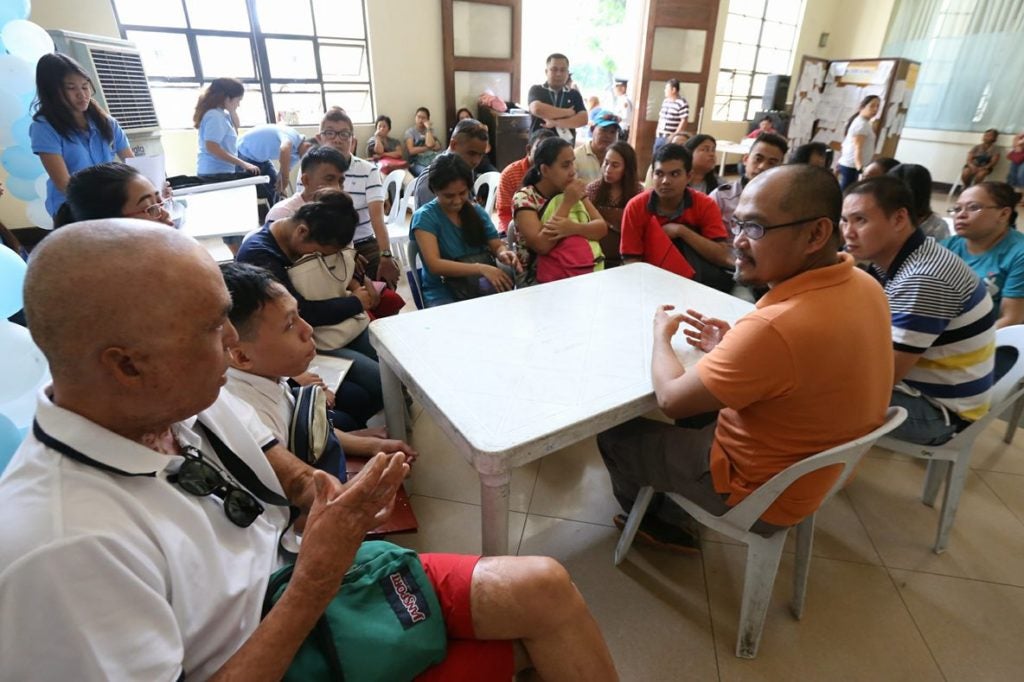 Applicants for the BPO job fair for persons with disabilities (PWDs) arrive early at the Cebu City Hall Legislative Building early on July 27, 2018, for the day-long activity. Kevin Ray Chua, Call Center Program Office head, says the job fair is open to all PWDs, including those who are not residents of Cebu City, who wish to land a call center job. (CDN photo/ Junjie Mendoza)

Anpaul Hilongo had been on a quest for four months now.

But no one had given him a yes.

Perhaps, Hilongo said, it was because he barely stood four feet tall at 21 years old.

“It was too hard to look for a job because some companies would not accept me – or people like me – because we lack something. My application journey usually stops when the HR sees me,” Hilongo said.

Armida, Hilongo’s mother, said she had almost given up her hopes that her youngest son would still land a job.

“I really told him that we would need to go home in Daanbantayan if he cannot find a job because we don’t have anything here in the city – no money, no home, sometimes no food to eat,” said the 66-year-old mother in Cebuano.

Hilongo and her mother live in a rented room in Barangay Hipodromo.

On July 27, Hilongo was one of nearly a hundred participants of a BPO job fair conducted by the Cebu City Call Center Program Office in partnership with Wipro Limited exclusively for Persons with Disabilities (PWDs).

Kevin Ray Chua, an officer of City Hall’s Call Center Program Office, said this was yet the first blow of opportunities for PWDs.

“This is actually the first job fair for PWDs in celebration of the National PWD Month. This time, we want to give these opportunities offered by the BPO industry to PWDs to prove to them that they can still have a fruitful career and they can still have professional growth,” said Chua. 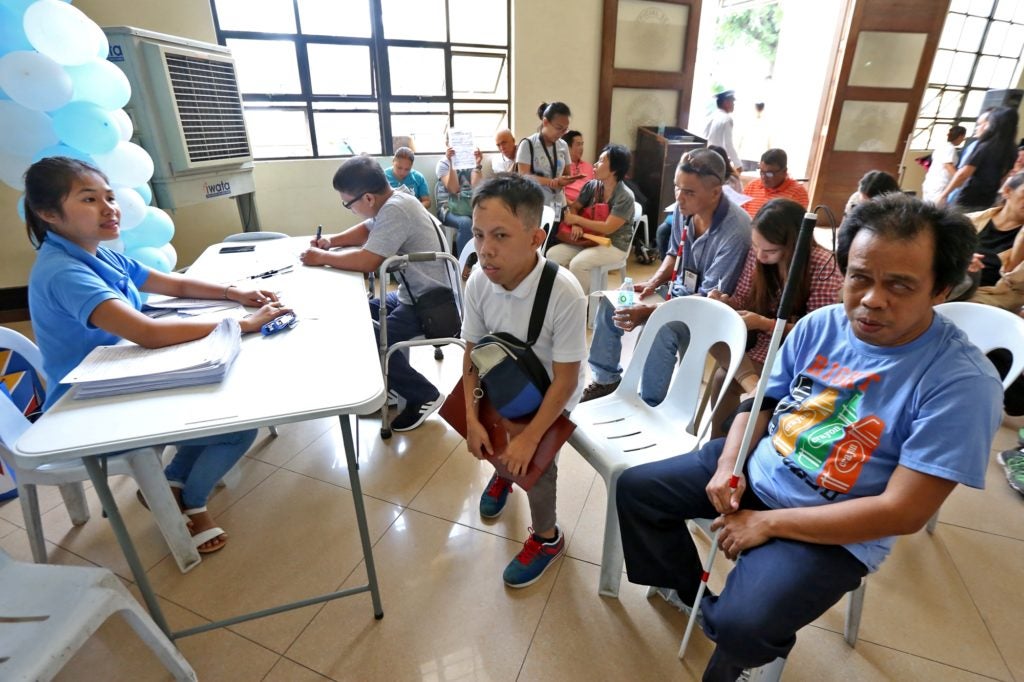 Applicants for the BPO job fair for Persons with Disabilities (PWDs) including Raul Leocario (right) of barangay Quiot and Anpaul Hilongo (center) of Daanbantayan.

“We expect about a hundred to join us in this event,” said Chua.

The applicants undergo the usual recruitment process which includes an initial interview, a skills test for typing and a final interview.

All the application processes are done in a day.

“This is an advantage for our PWDs because instead of going to offices, they can just come here in city hall and have all tests taken here. At least they won’t be stressed out

that much while applying,” Chua said.

After undergoing the recruitment process, Hilongo was hired on the spot and given a job offer.

He will be part of a back office team handling the social media account of one of the clients of Wipro.

“We are very blessed that this job fair came just in time. Despite being short in size, I’d like to show them that I have huge determination at work and I have the heart to work as hard as I can for me and my mother,” said Hilongo.

After the recruitment, Hilongo still went home with an empty pocket; but he now has a career to look forward to in the coming weeks.

“We went here with barely enough money for the fare. Maybe we will just walk halfway in going home to Hipodromo but I am more than happy that I finally have a job

now,” said Hilongo after he finished with the final interview.

Read Next
Anne Curtis: Women, newly-married couples should not be pressured about having a baby