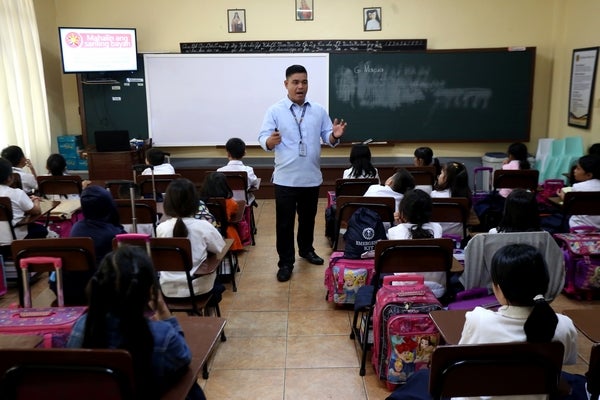 The students wondered why inside the room, their school security guard was wearing a plain shirt.

When the teacher called out his name from the student roster, his classmates learned that Macua was enrolled in the Bachelor of Elementary Education (BeEd) program.

“Mauwaw pud ko mo admit ato na time kay first day nako. Ang mga teachers pud mas bata pa nako (I was shy to admit that I was their classmate because it was my first day of class. My teachers were also younger than me),” Macua told Cebu Daily News.

But when his name was called by the teacher, everybody clapped and he felt welcome with no mark of discrimination. 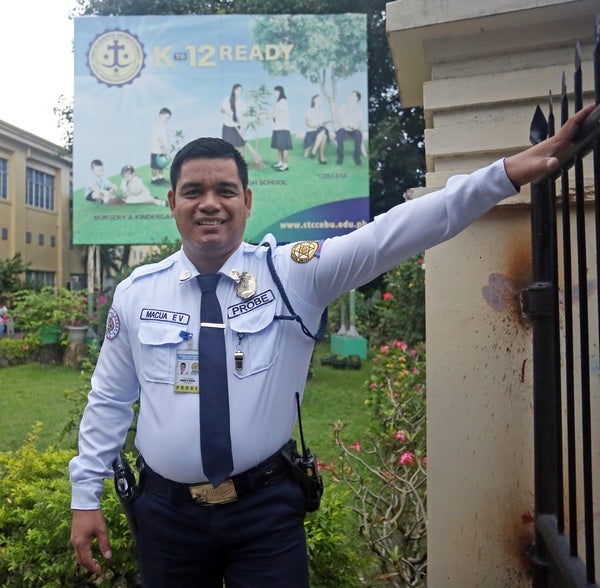 Erwin Macua, then a security guard of St. Theresa’s College, poses at the gate of STC . CDN file photo

Right there, he became more inspired to finish his degree.

From guard to teacher

Last Wednesday, it was Macua’s first day — not as a student nor a security guard but as a new grade school teacher of STC.

Cebu Daily News caught up with him inside a classroom wearing a light blue polo shirt paired with black slacks as his uniform.

He was giving an orientation to Grade 2-C students for the subject, “Araling Panlipunan” or Social Studies.

“Gusto ni Sir Erwin na dapat tahimik at walang nag-aaway sa klase (Sir Erwin wants the class to be quiet and peaceful) ,” he gently told his students.
After he ended his last class at 3:50 p.m., he left the classroom and greeted the CDN team.

Aside from teaching “Araling Panlipunan”, Macua also handles Work Education (formerly called Home Economics and Livelihood Education). He is
also the advisor of the Grade 2-B class.

He felt the pressure as the parents of most of the children under his advisory class personally knew him.

The 39-year old teacher said that he was still adjusting to his new stature and the nature of his job.

Unlike being a guard, which I had mastered so well), “ he said. 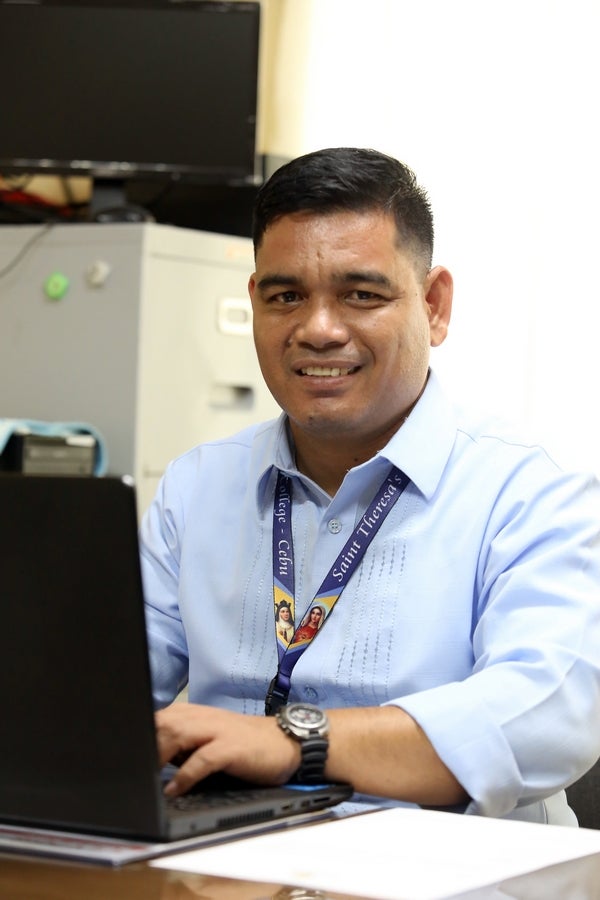 Macua also showed a laptop to CDN, which he considers as his newest buddy in making class presentations.

Macua wants to treat his students as his own children.

He said he wants to share values to his students including hard work and dedication to finish school.

“Naa gyud higayon na usahay magpabadlong. Usahay mamadlong ta because dili man sad nimo ma address ilang concern kung patuyang sad sila og lakaw-lakaw and dagan (There are times when we really have to admonish them. Sometimes we have to talk to them so that we can address their concern. I cannot just let them walk and run around), “ said Macua.

His students are aware that he used to be their school guard.

“Oo, ako to ang guard. Karon kay teacher na ko (Yes, I was the security guard. Now, I am your teacher),” he would say in response to curious questions from students.

Read Next
Vigilantism on steroids