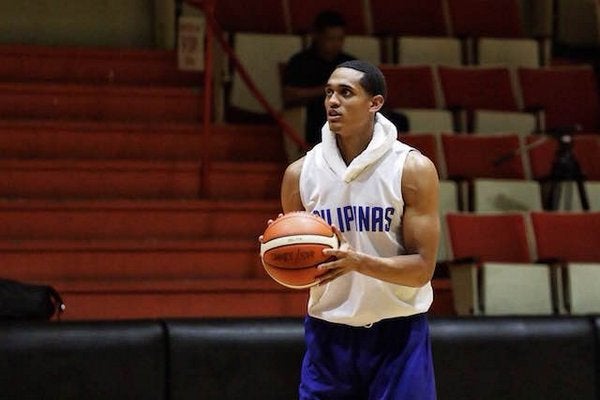 Sports officials led by Philippines chef de mission Richard Gomez revealed Tuesday that Clarkson had already been cleared by the NBA to play for the country in the continental games.

The problem? At press time, no official word from the NBA has been released to supersede an initial statement that it was barring the Cleveland Cavaliers swingman from suiting up.

Several sources working with the Asian Games delegation relayed the news of Clarkson’s clearance, backing Gomez’s claim to media outlets that the Cavs standout can now suit up for the Philippines.

Contacted in Indonesia, where the national team is currently making do with 50-minute practices at the official venue granted by organizers, Yeng Guiao said he was instructed by team manager Butch Antonio to “reinstate [Clarkson’s] name in lieu of Don Trollano.”

A Philippine Olympic Committee source, however, said the country’s local basketball federation, the Samahang Basketbol ng Pilipinas, is still waiting for official word from the NBA regarding Clarkson’s availability.

But proof that the SBP is working on an appeal is that it requested for a roster change from the Olympic Council of Asia, which runs the Asian Games. The OCA agreed to the request Tuesday.

Gilas Pilipinas clashes with Kazakhstan at 10 a.m. (11 a.m. in Manila) on Thursday and the SBP continues to hold out hope that Clarkson will be made available by the NBA, which only allows the release of players for Fiba tournaments.

A source from the Philippine Sports Commission confirmed Clarkson’s clearing, but only based on a “dispatch” from Indonesia that the NBA swingman was even designated as flag-bearer for the Philippine delegation during the Aug. 18 opening ceremony.

A source within the Philippine Olympic Committee confirmed as much, but was mum on the NBA clearance.

Reports also leaked that Clarkson already has a ticket to Indonesia, but another source said the local cage agency has no knowledge of that.

Clarkson had earlier been listed as part of the team, but was later stricken off in favor of Trollano when the NBA issued a statement refusing to clear Clarkson.

An official, though, confirmed that the local cage body is still exhausting all means to get the NBA to relent, after the league had said flat out earlier that the Asian Games is not on the list of tournaments that it releases players to.

China has two NBA veterans on its roster, but the SBP official said that, like Clarkson, the two Chinese still haven’t gotten clearance from the NBA yet.