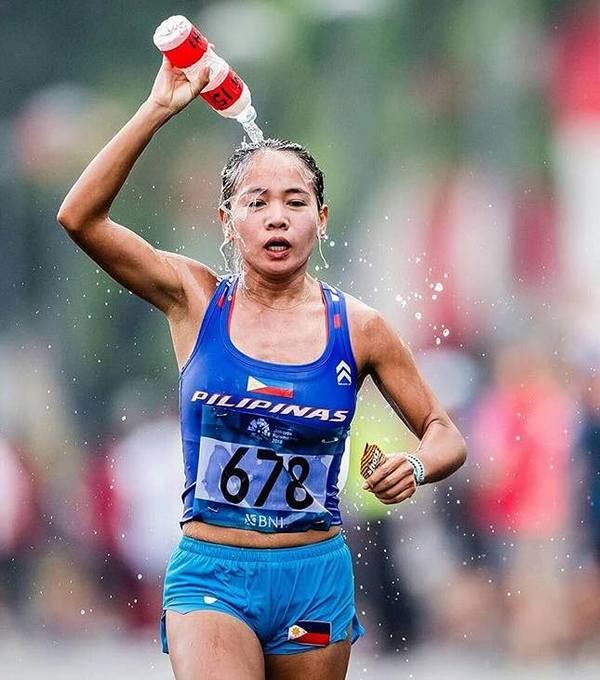 Cebuana Olympian Mary Joy Tabal may have fallen short in her bid for a medal in women’s marathon in the Asian Games yesterday in Jakarta, Indonesia, but the Southeast Asian Games gold medalist isn’t feeling down about her performance in the quadrennial meet.

In fact, the petite runner from Barangay Guba, Cebu City who finished 11th among 19 of the best marathoners of Asia, said she is determined to continue training for her bid to qualify anew for the 2020 Tokyo Olympics.

“I gave my best,” said the 29-year-old Tabal, who finished in two hours, 51 minutes and 41 seconds. “I may have not won a medal today but I’ll keep this experience to life. I won’t stop dreaming and keep working [to be better].”

According to Tabal, all of the 19 women participants had slower times due to the humid weather yesterday. Tabal’s time was a far cry from her personal best of 2:43.31.

“They say it was the slowest Asian Games marathon because of the humidity,” Tabal said. But the reigning five-time Milo Marahton Queen said it’s still not an excuse.

“I know that there are [things I need to] improve more,” Tabal said. “Now I am going back to square one in my training. I will continue my goal to qualify again in the upcoming Olympics.”

For Tabal, there is nothing to be ashamed of with her performance since she knows she gave it her best shot.

“I gave my best for my country. That alone is the sweetest feeling that I will always treasure.”

Tabal said she will be returning to Cebu and will stay for a month before going back to Tuscany, Italy for another two months to prepare to defend her National Milo Marathon title, which is also the qualifying race for the 2019 Southeast Asian Games which the Philippines is hosting.