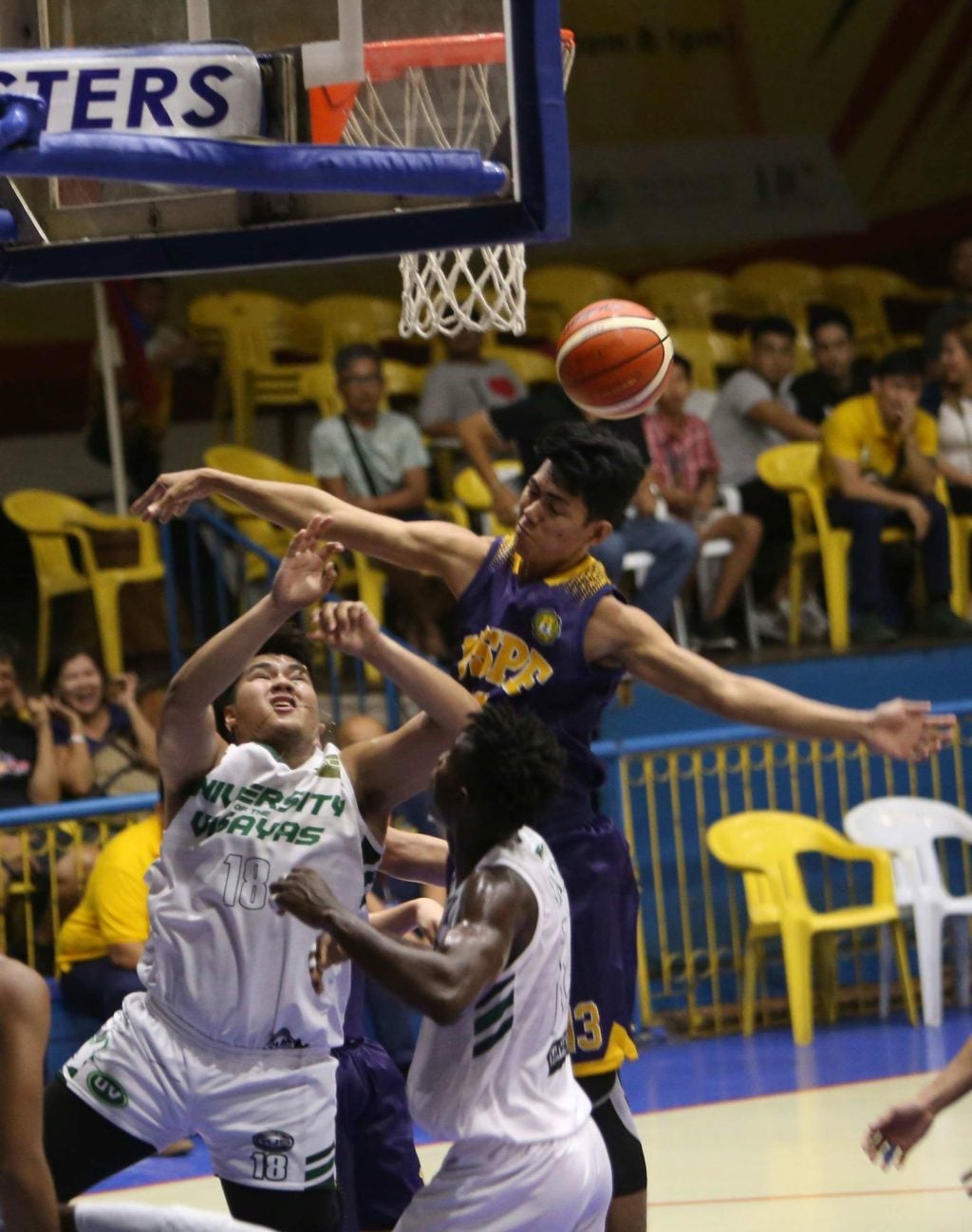 Roy Quiachon Jr. of University of Southern Philippines Foundation Panthers battles for ball possession in their game against the University of the Visayas Green Lancers in the CESAFI at the Cebu Coliseum. /Lito Tecson

THE University of Southern Philippines Foundation (USPF) Panthers pulled off the mother of all upsets as they edged the two-time reigning champions University of the Visayas (UV) Green Lancers, 81-80, to improve to 2-0 in the 2018 Cesafi men’s basketball tournament on Thursday at the Cebu Coliseum.

USPF and UC are now tied at the top with similar 2-0 win-loss records.

Promising forward RR Cauba was the man of the match for the much-improved Panthers as he scored on an undergoal stab with 13.1 seconds left after UV big man Bassiere Sackour was called for a goaltending violation.

The Green Lancers had a shot at stealing the win but Rey Suerte’s jumper from the baseline was way off as time expired, sending UV to its second straight defeat.

Richy Managor once again led USPF’s attack with 23 points, nine rebounds, three steals and three blocks. Cauba, on the other hand, was all over the floor as he racked up 21 points, six rebounds, five assists and two steals.

Afterwards, head coach Brian Jereza said the win was for forward Edwin Villarta, who had just come off of surgery for a fractured orbital bone that he suffered in the game against Southwestern University-Phinma.

“That was for Edwin. In fact, we’ll be heading to the hospital to visit him,” said Jereza, USPF’s fiery rookie head coach.

In the first game, John Calvin Jabello had a sensational game, racking up 21 points on 9-of-11 shooting before leaving the game with five minutes left after he hit his head on the court after a drive to the basket.

Darrel Shane Menina had 17 points and eight assists while Justine Dacalos added 14. However, the two guards committed a combined 14 turnovers.