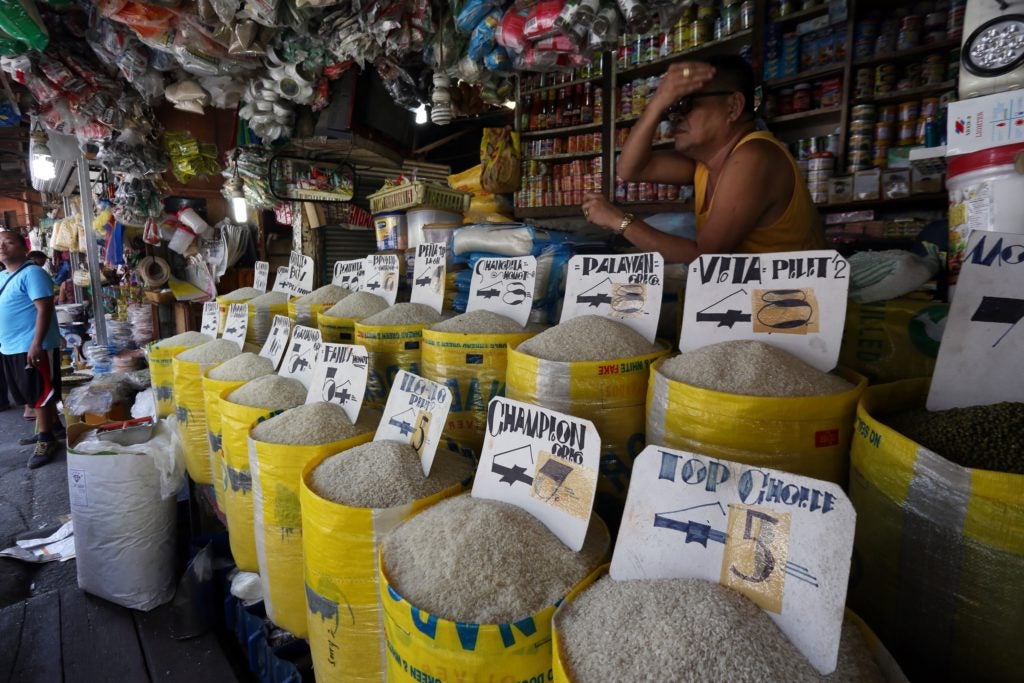 Economist Fernando Fajardo says consumers, who are the most affected by the 6.4 percent August inflation rate increase, will just have to make do with what they have since the government can’t do anything with respect to the increase of prices in basic goods. CDN PHOTO/JUNJIE MENDOZA

The mismanaged rice supply situation, high oil prices, and the continued depreciation of the peso are among the reasons seen by Cebu business leaders for the nine-year high inflation rate of 6.4 percent recorded for the month of August.

In order to arrest this trend, Mandaue Chamber of Commerce and Industry (MCCI) Vice President for External Affairs Steven Yu said government should address these factors – the most doable of which is the rice supply problem.

“Some of the government agencies, specifically NFA (National Food Authority) bungled and contributed to the shoot up (of rice prices), which should not have been the case had they managed the rice inventory and supply,” Yu told CDN in a phone interview.

“There is still a solution to this which is to get those rice shipments into the market and bring back prices to normal levels,” he added.

Doing this, Yu said, could mean the country could still manage to average at a 4.5 percent inflation rate for the whole year.

The Philippine Statistics Authority (PSA) announced yesterday that the country’s inflation rate for August has reached 6.4 percent, even higher than the 5.7 percent in July.

This is the fastest since the 6.6 percent inflation rate in March 2009 during the Arroyo administration.

This was supported by Cebu Chamber of Commerce and Industry (CCCI) President Antonio Chiu, who said that while some factors contributing to high inflation were beyond government control like the price of oil, there were also those that could be easily addressed.

He said the major factor that had been hurting Filipinos the most had been the price of food, particularly rice.

“This is the sole responsibility of NFA and I believe they owe an explanation to the Filipino people,” Chiu said.

“We are now suffering high prices of rice and in some cases even shortages at a time when there is abundant and cheap supply in the world market,” he added.

But for now, businesses and consumers alike will have to look for ways and means to cope with the worsening inflation rate.

With the 6.4 percent inflation rate in August, this means that for every P100 spent by the average family in the same period last year for its usual purchase, now they will have to add P6.40 more.

Cebu-based economist Fernando “Perry” Fajardo, pointed out that consumers, who are the ones gravely affected by inflation, would just have to make do with what they have.

“The bottom 30 to 40 percent (of Filipinos) can only tighten their belt,” Fajardo told CDN in an interview.

He said that the government could do nothing much with respect to prices.

He said price control would only create shortages leading to the rise of black market and much higher prices.

Meanwhile, businesses could only try and be more efficient with their operations in order to avoid the adverse impact of a high inflation, MCCI’s Yu said.

“For businesses to cope with this, I suggest that we increase our productivity more. This will eventually normalize. It is the law of supply and demand at play because external factors are stable for the moment,” Yu said.

He also explained that consumers had been “partly aided” by the recent increase in minimum wage in Central Visayas, but they would also need to budget wisely and spend for essentials only.

The August inflation rate also made the peso breach its 12-year low, hitting a level of P53.56 to the dollar. This breached the P53.55 threshold that was set in July 2006.

But the local currency ended the trading session at P53.55 to the dollar.

The weakness also prompted financial institutions to sell the peso, the BSP said to be intervening to stabilize the currency’s volatility.

A total of $1.38 billion changed hands on the foreign exchange market yesterday, in contrast to only $440 million in the previous day.

“Peso depreciation adds to inflation because with depreciation, imported products bought in dollars from abroad will become expensive when sold locally,” Fajardo explained.

For his part, CCCI’s Chiu said that if the peso would depreciate further, it would also put more pressure on the country’s inflation rate since many commodities were import dependent.

“The problem here is with a higher inflation rate, the BSP will be under pressure to also increase interest rates which will hit many businesses with a higher borrowing cost,” Chiu said.

He also cited another concern about the country in the last six months recording a negative growth in its exports while imports had been increasing at a time when the peso had been depreciating.