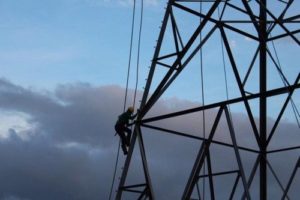 On the other hand, those with minimal power include La Union, 17 percent with power, Benguet with 10 percent, Pangasinan with 15 percent, Isabela with 11 percent and Zambales with 90 percent.

NGCP head of Operations and Maintenance Gil Listano said they are currently conducting a damage assessment.

As of 2 p.m., NGCP reported a total of 20 damaged transmission lines.

In Northern Luzon, there is a total of 18 damaged transmission lines while one has been affected in South Luzon and one in Visayas.

He said, once they have finished the damage assessment, only then they can give a definite time and day when electricity can be restored.