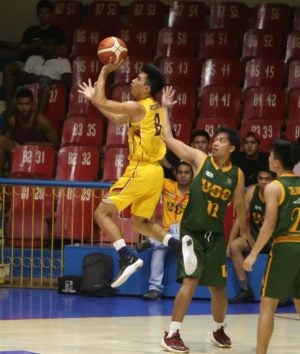 The Cebu Institute of Technology-University (CIT-U) Wildcats finally broke through for their first win, taking down the University of San Carlos (USC) Warriors, 82-77, in the 2018 Cesafi men’s basketball tournament on Tuesday night at the Cebu Coliseum.

Mark Christian Kong and Clark Con-Ui had 16 points each, the former adding 11 boards while Kevin Peter Oleodo and Jemcerson Sable added 15 and 12 markers, respectively, as CIT-U ended a seven-game skid and improved to 1-7 (win-loss). The Wildcats, though are still at the bottom of the standings.

USC dropped to 2-6 in spite of the 24-point, 12-rebound performance of Sommy Managor.

Read Next
Source of livelihood