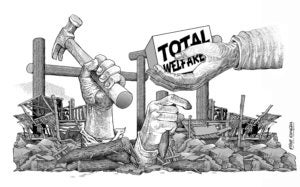 At least 72 persons were confirmed dead over the weekend following the recent landslide in Naga City, Cebu while 11 more remained missing.

It was only sensible that City Hall officials insisted on barring evacuees who had resided near the landslide site from returning to their homes.

With ground zero still unstable and weather disturbances bearing down on the country, prudence dictates that resettlement by the disaster site be prevented as a measure against further deaths.

There is room, however, for more hope to be given to the evacuees as they contemplate the future following their displacement.

For those who have opted to stay in government-run evacuation centers, this starts with professional debriefing that we hope social workers and allied persons have been making available.

The possibility of post-traumatic stress disorder among survivors should be kept at bay. It would not be easy to deal with nightmares and the reliving of the painful experience of being hounded by a hungry earth.

The ones who left the evacuation centers presumably have relatives or friends to shelter them while they await what comes next in proposed relocation sites.

But they, too, need debriefing following their ordeal lest they be paralyzed by memories of the disaster.

All survivors should be supported as they muster the courage to rebuild and go on in the face of being uprooted and in many cases continuing to nurse grief over loved ones who perished amid the calamity.

Communities in the relocation sites should welcome the displaced with wide open arms. It does not take much, but it takes much love.

The word of the late psychologist applies in this sad time.

“Too often we underestimate the power of a touch, a smile, a kind word a listening ear, an honest compliment, or the smallest act of caring, all of which have a potential to turn a life around,” he said. “It is overwhelming to consider the continuous opportunities there are to make our love felt.”