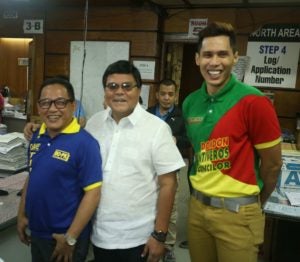 Tumulak and Hontiveros are opponents for the councilor post in the city’s South District.

Hontiveros, a neophyte, will run under the Barug-PDP Laban.

“I only filed today because I was waiting for my CONA. I am allied with Nacionalista Party and Mayor Tommy respected my decision,” said Tumulak.

Hontiveros, on the other hand, said he will focus on improving sports program at the grassroots level to empower the youth.

“I’ll be using my experience to help our young people,” said Hontiveros.