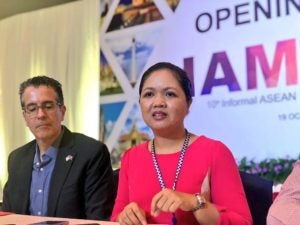 A Filipina scientist from the Institute of Environmental Science and Meteorology at the University of the Philippines (UP)- Diliman won this year’s ASEAN-US Science Prize for Women which focuses on precision agriculture.

The applicability of her research, which focuses on using satellite data to forecast drought and generate ideal planting areas and seasons to improve crop yield, earned the nods of the judges in the competition.

“This technology will be useful for farmers so they can be advised early on where to plant and what to plant. And if there’s drought, when to irrigate. We can also advise them to harvest earlier or plant earlier. These strategies can be better planned with an advisory system,” Perez said in an interview on Friday.

This is the first time that the Philippines won in the ASEAN-US Science Prize for Women.