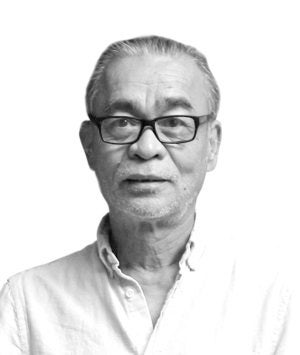 My brother said, “Sakita atong landinga uy!” (Painful landing) The plane slammed into the tarmac with a screech of rubber peeling away into the asphalt. The landing gear strained to take the initial slam of gravity and momentum. Then the plane made a rather sharp worrisome turn to the right. Perhaps to stay inside the landing field. And I must admit a short momentary pang of fear. I have been told that take-off and landing are the two most critical points of a flight. But quite suddenly, the plane found it’s center, so to speak, and we taxied smoothly into port.

And as so happens, after twenty days of being away, one has to relish the sense of relief for being back home again and safely. The journey had everything a journey should have. Good company of fellow travellers, my wife and two brothers; visits to art museums and the Aerospace museum where, finally I confronted the Lunar module – the same type of machine that landed on the moon. So many things off the bucket list. Though, I was asked, “What was the highlight of the trip?”

My initial answer was: Having my eyes just six inches away in front of Leonardo da Vinci’s painting: “Genevra de Benci.” It is a portrait just like the Mona Lisa, though I feel perhaps better. Six inches away is the best view into the fine details of the painting which, from this vantage point, it seemed as if Leonardo had painted a microcosm of his world. It seemed almost impossible. I, this aging Impressionist, found himself quite impressed to confront a polar argument of all he believes in of art. I walked away thinking that perhaps I love da Vinci for reminding me of lost innocence. I walked away from the painting as if walking away from a lover and love-making I would not again have, perhaps, for the rest of my life. Something inside me cried. And then there were the Rembrandts, the Moderns, the Rodins…

But I was wrong. This was not the highest highlight of my twenty-day journey. I visited two sisters living now in the US, lived in at least three homes. My brother, Londong, is one of the best cooks I know. We ate Bas-uy whenever we could. The ingredients, as it turns out, can be bought from the Mexican if not the Filipino store. I learned how to cook this dish finally, along with caldereta. But we ate a lot of steak. Perhaps more than we should. But we were here only twenty days.

These would all become memories to treasure for the rest of a lifetime. But the thing I remember most was painting landscapes in North Carolina. My oldest sister Gingging now paints quite well. And so when we stayed at her home we did some paintings. Estela was supposed to just do the “blue underpainting” on the canvases. But as our visit was too short for me to finish two paintings she ended up painting the second canvas all by herself.

As with all journeys we end always with the promise of doing things again. We toast the future this way just before slamming back into reality, the ennui, the world of work still needing to be done. Hard landing.