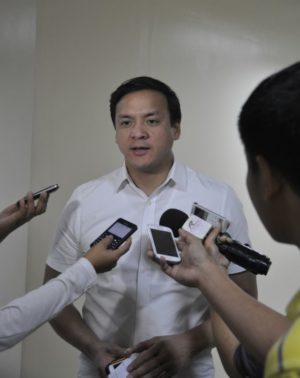 Instead of the 7,000-square-meter lot donated by the Cebu City government, the Supreme Court is asking for 8,000 square meters more or a 15,000 square meter lot to build a P1.5- billion judicial complex at the South Road Properties (SRP).

SC Administrator Jose Midas Marquez said during a public hearing on Tuesday (Nov. 20) on their request to the city government for a bigger lot donation that instead of constructing a new building only for the appellate court, the judiciary wants a complex to also house the Regional Trial Courts, the Municipal Trial Courts in the Cities, and training centers for judges and court personnel.

The city donated a 7,000-square meter property to the SC, which was originally intended for a new Court of Appeals (CA) in the Visayas building – a bigger building than the one currently located in Dr. Pablo U. Abella Street in Barangay Labangon, Cebu City.

But the SC has decided to build a judicial complex at the SRP instead.

“This is why we’re requesting the city for a bigger property. We will return the 7,123-square-meter lot in exchange for the 15,000-square meter property so that we will be able to put up the judicial complex,” said Marquez.

“The SC has allotted P1.5 billion for the construction. If we are able to have the title of the property within the year, we may start the processing of the construction of the judicial complex in the first quarter next year,” he added.

The judiciary’s request is covered by a resolution endorsed by Councilor Sisinio Andales.

At present, the SC is renting the Qimonda Building along the North Reclamation Area to house the trial courts in Cebu City after the Palace of Justice was destroyed by the 7.2-magnitude earthquake in 2013.

After the public hearing, the City Council will try to pass a resolution about SC’s request for a bigger lot donation.

If passed, the approved resolution will still have to go through Cebu City Tomas Osmeña, who can veto or approve the resolution.

Read Next
Children’s day out in Mandaue City